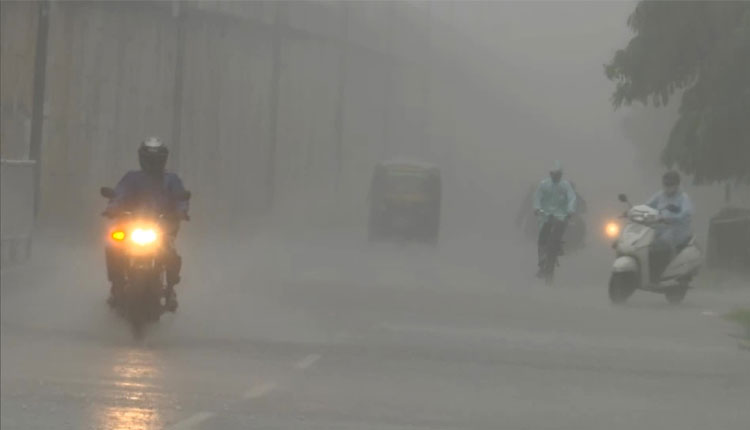 Bhubaneswar: The India Meteorological Department’s (IMD) Regional Centre in Bhubaneswar on Thursday issued rain and thunderstorm alert for eight Odisha districts due to the impact of Cyclone Nivar.

As per the latest weather bulletin, districts of Malkangiri, Rayagada, Gajapati, Koraput, Ganjam, Kandhamal, Nabarangpur and Kalahandi are likely to experience rain and thunderstorms during the next 24 hours.

Though no fishermen warning has been issued for Odisha coast, gale wind speed reaching 70-80 kmph gusting to 90 kmph is prevailing over Southwest Bay of Bengal. It will gradually decrease to 50-60 kmph gusting to 70 kmph by today evening, said the IMD circular.

However, fishermen have been advised not to venture into deep sea areas of southwest & adjoining West-central Bay of Bengal during the next 12 hours.

The cyclonic storm ‘Nivar’ would continue to move north-westwards and weaken further into a Deep Depression during next six hours and into a depression by subsequent six hours, the IMD said in a statement.