Cyclone Amphan induced light rainfall will be first witnessed in coastal areas of Ganjam and some places in Gajapati on May 18. The testing time for Odisha will begin from the midnight of May 19 till the evening hours of May 20 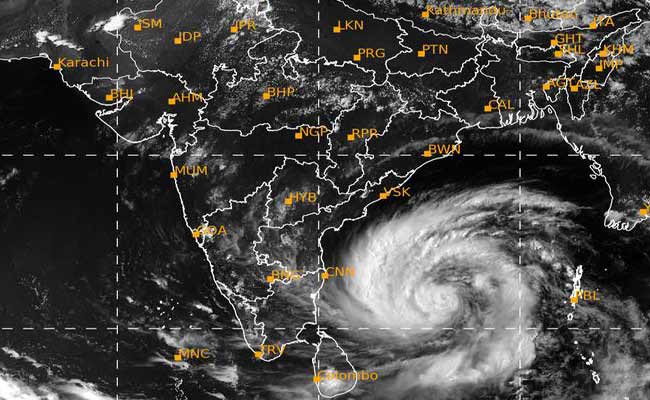 Bhubaneswar: Weather is often described as moody. As cyclone Amphan grows up to become a severe cyclonic storm in Bay of Bengal today, the Met models also have seemingly gone the moody way.

The big development today is as many as five reputed models in their latest forecast have changed the landfall place to West Bengal from Bangladesh yesterday.

It’s only the Canada Met Centre’s GEM model that still vouches for Bangladesh as the landfall place of cyclone Amphan. 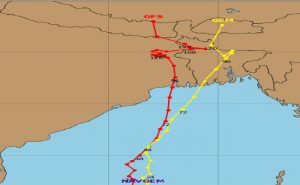 Another Met agency of repute, the European Centre for Medium Range Weather Forecast (ECMWF), has also predicted that cyclone Amphan will make landfall in West Bengal. (see the image below) 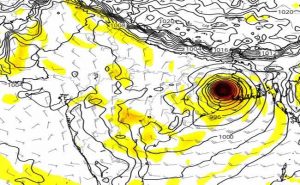 In its latest forecast, the joint weather model of German Weather Service and Max Planck Institute predicted that West Bengal will be going to witness the maximum impact of cyclone Amphan. (see the image below)

As per the latest prediction of Japan Met Agency (JAMA),  Cyclone Amphan will head towards West Bengal. (see the image below) 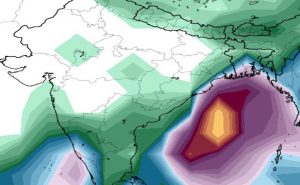 However, an interesting observation, is almost all the Met models have a unanimity over the date of landfall. They predict cyclone Amphan will make landfall in West Bengal in the evening hours on May 20 (Wednesday).

Significantly, another discerning unanimity observed is almost all the Met models show a near harmony regarding the impact of cyclone Amphan on Odisha.

How Amphan’s fury will unravel in Odisha?

While swirling its way towards the north Bay of Bengal, the outer band of the cyclonic system Amphan (seen in the main image) will pass over Odisha on May 19 and 20. Consequently, the State will record heavy rain and extreme windy weather on those two days, especially on Wednesday (May 20).

The image below shows start of heavy rainfall just hours before the noon on Wednesday (May 20) in the entire stretch of north coastal Odisha from Puri to Jagatsinghpur, Jajpur, Bhadrak, Kendrapada and Balasore. 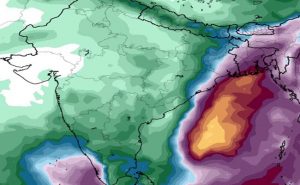 However, its Ganjam and Gajapati, which are going to feel the first rain of cyclone Amphan on May 18 (around the Mid-day). But it will be a very light rainfall, the model forecasts show.

During the midnight hours of Monday, the entire stretch from Ganjam to Jagatsinghpur is likely to see light rainfall. The intensity of the rains will gradually increase to moderate in the morning hours on May 19 (Tuesday).

The twin city of Bhubaneswar and Cuttack will see Amphan rainfall around the mid-day on May 19, when other north coastal stretches of the State will be experiencing heavy rains.

Why Odisha’s Ganjam has the potential to give COVID-19 jitters?