IMD has clarified that the Low Pressure-turning-Cyclone is unlikely to have any impact on Odisha till May 17. 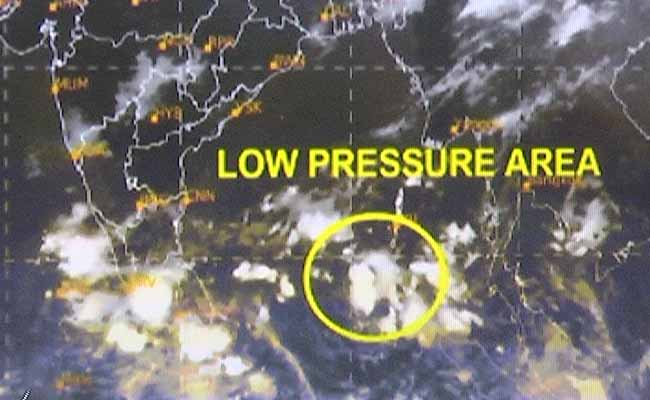 Bhubaneswar/New Delhi: The India Meteorological Department (IMD) on Wednesday issued a bulletin forecasting intensification of a presently developing low-pressure system into a cyclone by May 16 evening.

“A low-pressure area has formed over South-East Bay of Bengal and adjoining South Andaman Sea in the morning of today, May 13. It is very likely to concentrate into a depression over central parts of South Bay of  Bengal on May 15 and further intensify into a cyclonic storm over SE and adjoining West-Central BOB by May 16 evening,” the bulletin issued by the country’s premier weather forecasting agency said.

The National Disaster Management Authority (NDMA) also informed about the development through a series of tweets quoting IMD.

Formation of a Low Pressure area over southeast #BayOfBengal and adjoining south #AndamanSea and its likely intensification into a #CyclonicStorm by 16th May, evening.

Under the influence of the low pressure-turning-cyclone several places of south & central Bay Of Bengal and adjoining Andaman Sea will continue to witness adverse weather from 15th May onwards.

“Light to moderate rainfall at most places very likely over Andaman and Nicobar Islands on 15th & 16th May. Andaman Islands are also likely to experience heavy rainfall at a few places on these two days,” the weather bulletin issued by the IMD said.

Squally winds, speed reaching up to 45-55 kmph gusting to 65 kmph is likely to prevail over south and adjoining central Bay Of Bengal on 15th May 2020, 55-65 kmph gusting to 75 kmph over the same region on 16th May, the weather bulletin was quoted as saying by the NDMA.

The IMD has urged fishermen not to venture into South and central Bay Of Bengal from 15th May 2020. Those who are out at Sea over these regions are advised to return to coasts by tomorrow.

The IMD bulletin has also informed that the sea condition during the system will help in the advancement of South-West Monsoon which generally makes onset during early June in India and mid-June in Odisha.

In association with the above system, the conditions will become favourable for advance of southwest#monsoon over south #BayOfBengal, #AndamanSea and #AndamanAndNicobar islands around 16th May
2020.

Speaking exclusively to OTV, Director General of IMD, Mrutyunjay Mohapatra has stated that even though the cyclonic storm is likely to move South-West and later curve towards South-East direction, the exact place where it may hit the coast is yet to be ascertained.

The exact impact, place of landfall of the cyclone will be known only after it intensifies further. However, it is unlikely to have any impact on Odisha till May 17, IMD DG Mrutyunjay Mohapatra told OTV.

Bhubaneswar Regional Meteorological Centre states that there is no weather warning for #Odisha for next 5 days till May 17 in connection with the low-pressure system in BOB that is likely to develop into a cyclonic storm by May 16 evening#CycloneAlert pic.twitter.com/zALLK6Tkwb

For Yuvraj Singh What Is Next- Acting Or Coaching? Southpaw Reveals All (Watch)