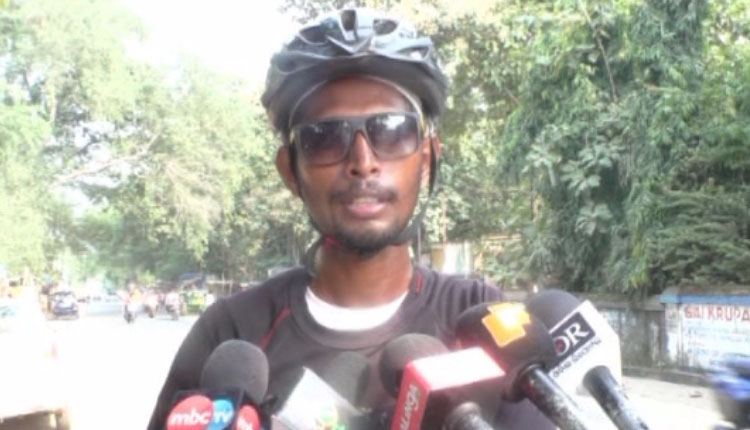 Subarnapur: In bid to create awareness among people regarding social problems and their eradication, Tanmaya Dash of West Bengal is on a mission to cover 5 states in 40 days on bicycle.

Tanmaya Dash recently reached Odisha’s Subarnapur from Kolkata on his bicycle and he plans to cover at least 4000 kilometers in a short span of 40 days as a part of his campaign against social ills like rampant use of plastic & rising crime against women.

You May Like: Cycling A New Craze! Cycle Sales Go Up In Bhubaneswar Amid Covid-19 Pandemic

“The two most critical issues that the country faces are usage of Plastic and crime against women. I aim to create awareness regarding these issues which need to be addressed immediately,” he said.

According to Tanmaya, this initiative is a way to start conversations around quitting plastics and safety of women in the country.

Tanmaya started his journey from Kolkata and has reached western Odisha. He plans to cycle through the Bolangir district of Odisha to reach Chhattisgarh and Andhra Pradesh while on his way to cover 5 states in a period of 40 days, as per sources.