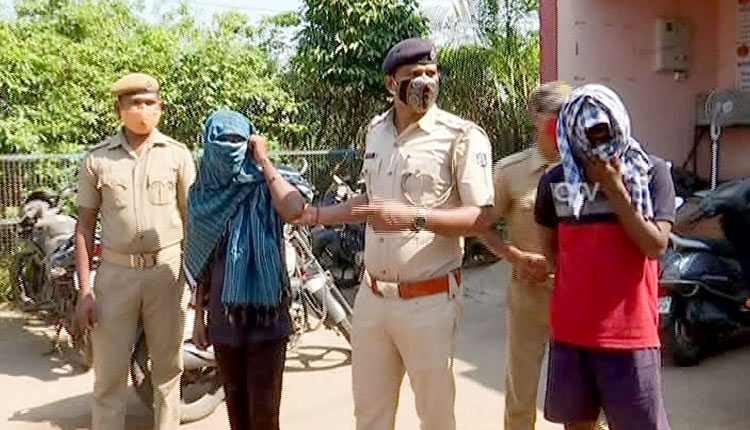 Cuttack: Almost seventeen months after the murder of criminal Tapan Nayak in Jobra area of Cuttack, the Malgodown police has arrested two more persons for their involvement in the case. With this, the total number of arrestees so far in the June 2019 Jobra murder case has risen to five.

The accused brothers, who were arrested on Sunday, have been identified as Haridutta Singh alias Hapun and Debidutta Singh alias Kadua. More than ten cases are pending against the duo at various police stations in Cuttack, informed DCP Prateek Singh at a presser on Sunday.

“A fight ensued between Tapan Nayak and another group, of which the two brothers were a part of, following a dispute over a fishing land at Jobra. Later, Haridutta and Debidutta along with their associates murdered Tapan with a knife. While a complaint was lodged against six persons in connection with the case, three were earlier arrested by the police,” added the DCP.

The two brothers- Hapun and Kadua were on the run after committing the crime and had returned to Cuttack just few months back. They were arrested after police received multiple complaints against them for their involvement in several extortion cases recently.

Tapan Nayak who was a resident of Matia Mangala Sahi in Jobra area of Cuttack, was reportedly stabbed with a knife by one Biswaranjan Mohanty alias Happy and his associates, including Hapus and Kadua with knife on the night of June 9. He succumbed to his injuries the very next day during treatment at SCB Medical College and Hospital (SCBMCH).

Happy, who is the prime accused in the case and his two associates were arrested last year by the Malgodown Police.