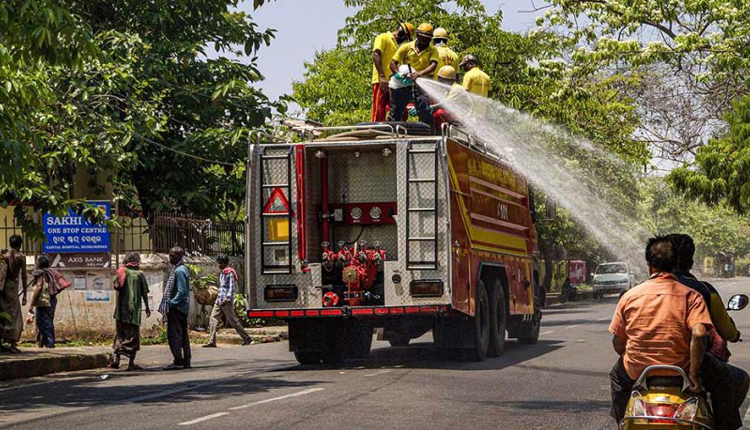 Cuttack: In what could be a positive sign in the battle against COVID19, only 64 new positive cases were reported in Cuttack city on Monday.

The latest data released by the Cuttack Municipal Corporation (CMC) revealed that out of the 145 new COVID19 positive cases reported in Cuttack district, 64 were from Cuttack city.

Another 78 recoveries (18th October data) have been reported recently! KUDOS to all doctors & healthcare staff. pic.twitter.com/7CHCFnY7Oy

The city also reported 78 recoveries while two deaths were recorded in the last 24 hours, said the civic body in a tweet.

Of the fresh cases, 25 were identified as local contact cases while the remaining 14 were quarantine cases.
Earlier in the day, Odisha reported its another lowest single-day spike of 1982 new cases on Monday which pushed the total caseload to 2,70,346.