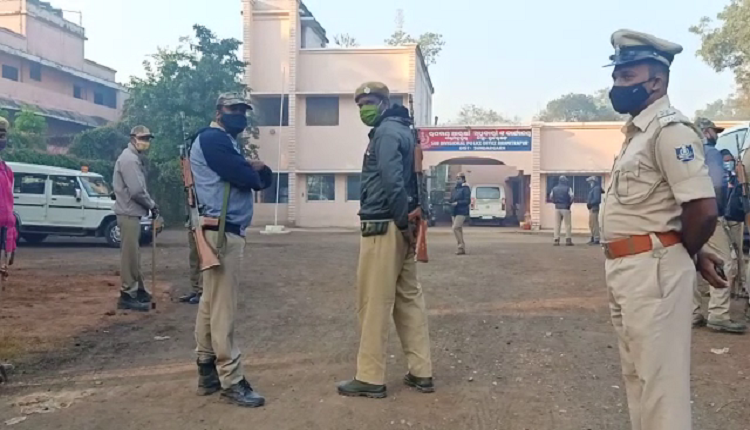 Sundergarh: The district unit of the Congress party on Thursday has observed a dawn-to-dusk bandh in Birmitrapur, protesting against the government inaction in the custodial death incident. The party has demanded a judicial probe by a sitting judge into the case.

Party activists led by district Congress president George Tirkey started picketing in the morning in front of the Birmitrapur police station and shut down the market complex. The vehicular communication also has come to a grinding halt as the protesters blocked roads at different places in the town.

The party questioned that why is the government showing a lackadaisical attitude in the sensitive case even as 13 days have passed since the incident occurred? The family members of the victim are waiting for justice, Congress workers said.

According to police, the case is being investigated as per the protocols of National Human Rights Commission.

Earlier on November 20, locals also laid siege to the Birmitrapur police station demanding a case against the police officials involved in the custodial death and their suspension.

Victim Md Tariq Salim, who was detained in connection with a kidnapping case, died in police custody under unknown circumstances.

He was taken to various locations during the course of investigation in the kidnap case. He suddenly fell ill following which police rushed him to Rourkela government hospital where doctors declared him brought dead.

Family members had alleged that Tariq died due to police excess.

A similar case had also taken place in Puri where an accused died in custody due to alleged police excess.

The twin incidents had created a statewide outcry with the Opposition parties-BJP and Congress stalling the winter session of the State Assembly multiple times.