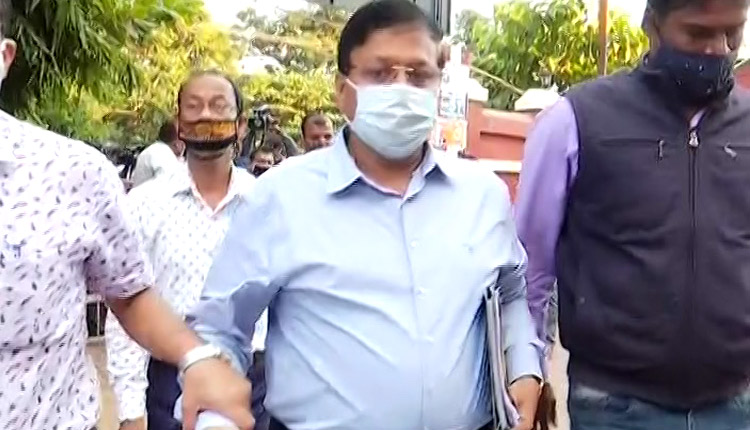 Bhubaneswar: Indian Forest Service (IFS) officer from Odisha, Abhay Kant Pathak and his son Akash were arrested by Vigilance sleuths on Friday, after days of extensive raids on his properties which exposed crores worth of disproportionate assets in their names.

While Pathak has been arrested on charges of amassing disproportionate assets, his son was arrested for misusing the ill-gotten money.

The father-son duo was produced before the special Vigilance Court in Bhubaneswar after their arrest. They were sent to judicial custody till December 9 after the court turned down their bail applications.

#BIG_BREAKING #Odisha IFS officer & Additional PCCF Abhay Pathak along his son Akash Pathak arrested by Vigilance. Both have been under the scanner of the anti-corruption wing over accumulating disproportionate assets. pic.twitter.com/b5AIeg1SMC

According to sources, the Enforcement Directorate (ED) will conduct a probe into the sources of the wealth and their spending by the IFS officer and his son.

Hours after his arrest, the Odisha government has placed the IFS officer under suspension.

Pathak, a 1987-batch IFS officer, currently serving as the Additional PCCF, Plan, Programme and Afforestation in Odisha, was under vigilance glare for leading a lavish lifestyle and amassing massive wealth.

Pathak’s office and residences at several places in Odisha, Mumbai, Pune in Maharashtra, Bihar and at Udaipur in Rajasthan were raided by the Vigilance on charges of amassing property disproportionate to his known sources of income.

During the course of search operation and subsequent inquiry, the Vigilance has so far unearthed cash deposits of about Rs 9.4 crore made in the bank accounts of his son Akash, out of which about Rs 8.4 crore have been deposited at Bhubaneswar.

Cash of about Rs 60 lakh has been found. Besides, costly household articles and gold ornaments weighing 800 grams have been found during the search.

Further documents relating to purchase of gold ornaments worth Rs 23 lakh have also been found.

Costly vehicles like Mercedes, BMW and Tata Harrier and three costly Yamaha FZ5 motorcycles have been found registered in the name of his son, who has also been hiring costly vehicles on rent, the official said.

At the time of search at Pune, three vehicles including two Mercedes were found to have been taken on hire by him. So far, vehicle hiring charges to the tune of Rs 25 lakh approximately has been ascertained.

Similarly, more than Rs.1 crore has been paid towards house rent of the luxury flats and the farmhouse.

Hotel bills of more than 90 lakhs at Hotel Taj Mahal Palace, Mumbai and advance booking amount of Rs.20 lakh at Taj Lake Palace, Udaipur in Rajasthan have also been paid.

Moreover, Pathak’s son Akash was allegedly cheating people of money, promising to get them jobs at TATA Motors by falsely claiming to be an MD at TATA Motors.

Earlier in the day, the tainted IFS officer claimed that his son Akash draws a monthly salary of Rs 1 Crore from a company where the latter is employed.