Districts bordering Chhattisgarh are leading the tally. Sambalpur, Sundargarh and Bargarh account for around 35 per cent of new and active cases in Odisha. Risks of micro-outbreak exist 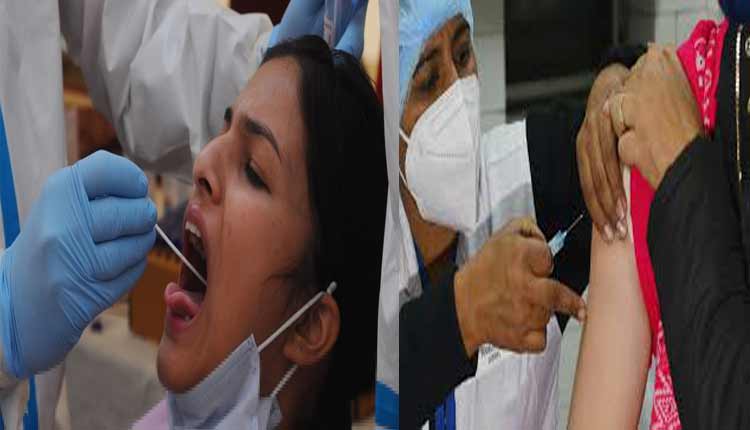 Bhubaneswar: Even as the Odisha government finds itself busy in putting pre-emptive measures to thwart the Covid-19 resurgence risk in the State, the pandemic blip on the State’s Coronavirus radar is new corona cases are inching back towards the 100-mark after a gap of nearly 18-days.

And this time around, western Odisha seems to be showing the signs of micro outbreaks in the State. The number of maximum active cases currently in Odisha is in Sambalpur (98) and is followed by Sundargarh (87).

On Saturday itself, a total of 25 students in the Veer Surendra Sai University of Technology (VSSUT) (Sambalpur) have tested positive for the virus.

The trend looks crystal clear for Odisha when the recoveries and new cases reported in the State during the period of February 20-26 are looked into.

As per the State Health Ministry data, during the last 7-days, on four occasions the number of new cases is more than recoveries. And for the last two consecutive days, the gap between recoveries and new cases grew up to touch 22 and 31, respectively. This means new cases have outnumbered the recoveries in the State.

The Consequence: Active cases in the State are up by 9 .25 per cent during the last 7-days.

During the last 7-days, Odisha had conducted over 1.3 lakh Covid-19 tests, which, on average, has been around 18,607 tests per day. There is a need to increase the daily tests to the level of 20,000 because the daily positive rate has increased to 0.38 from 0.28 per cent during the period.

However, the below 1 per cent daily positive rate shows that the Covid-19 infections in Odisha is overwhelmingly down. But the risk of spread through influx from other states is overwhelmingly high. The district-wise graph hints so.

A look at the district-wise spurts reveals that in the last 7-days, in the indicator of daily confirmed new cases, the three districts (Sambalpur, Sundargarh and Bargarh) account for nearly 30-35 per cent of the total new cases in the State during the period of February 20-26.

Significantly, the three districts share the border with Chhattisgarh – the State which is among the top-10 states that saw a resurgence of coronavirus cases in the country recently.

IS CHHATTISGARH FACTOR A PLAYER?

According to the data available with the Odisha health department, Sundargarh, Sambalpur, Jharsuguda and Bargarh witnessed the largest influx from the neighbouring Chhattisgarh.

As of today, the three districts – Sundargarh, Sambalpur and Bargarh – account for over 35 per cent of the total active COVID cases in the State.

WILL THIS LEAD TO SECOND WAVE?

As per Nomura, Japan-based global financial services group, “Unfortunately, in the absence of vaccines (currently, vaccines are administered to only healthcare and frontline workers), there may be a resurgence of virus infections in the first half (H1) of 2021, but it’s unlikely to grow into a second wave in the country.

The reason: vaccination drive has already begun in the country.

Similarly, researchers in IIT-Delhi and IISC Bangalore model had predicted that there may be micro-outbreaks in states, including Odisha, but as vaccination drive has been rolled out, the return of the second wave of Covid-19 seems unlikely.