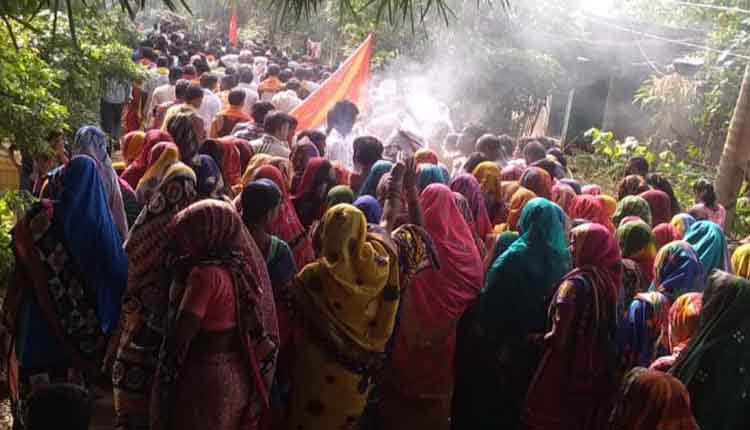 Berhampur: At a time when Ganjam continues to be worst affected by the COVID19 pandemic in Odisha, a naib sarpanch in the district was arrested and later suspended for organising a religious congregation in gross violation of the Covid norms.

It may be noted that Odisha government has assigned powers of a district magistrate to help sarpanchs spearhead the fight against Covid19 at the grassroots level. Many such village heads are leading from the front by helping the state government manage the pandemic.

But shockingly, the naib sarpanch of J. Dengapadar panchayat and 10 others were arrested for violating social distancing and other Covid19 norms while organising a yajna in the district on Saturday.

According to sources, naib sarpanch Krushna Chandra Jena organised a yajna to mark the inauguration of a Panchamukhi Hanuman temple in nearby Mardharajpur village. On the occasion, hundreds of locals participated in the event with pomp and show. A video of the religious function which went viral on social media showed people taking part in a ‘kalash’ procession in huge numbers without even putting their masks on, let alone adhere to social distancing guidelines.

Based on the viral video, local Polsara Police initiated a probe to ascertain the truth behind the incident. Some locals who filed an FIR against the gross violation of the rules during the function also alleged that the organisers and some others roughed up a local when he tried to intervene and stop the event.

After an investigation, while the police have arrested the naib sarpanch and 10 others, sources said that the Panchayati Raj department has also suspended the concerned naib sarpanch.