Covid-19 Vaccine: Know All About Jab Politics When Odisha Cries Shortage And Centre Says No

In the backdrop of the virulent second wave, Odisha has more than doubled the capacity of vaccination to 2.5 lakh. In the strategy to cover more, the State government gave a go by to vaccine management and the shortage cropped up 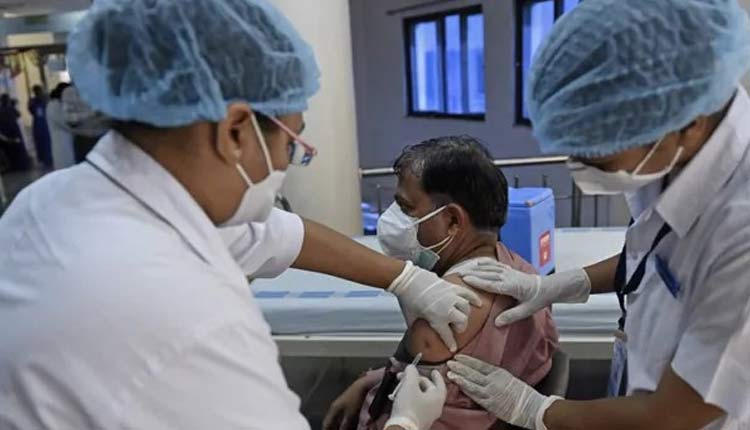 Bhubaneswar: Odisha today has shut down nearly half of its vaccination centres citing the reason that it has run out of vaccines. It accuses the Centre of not replenishing the vaccine stock the State urgently needed.

On the other hand, Union Health Minister Harsh Vardhan today again reiterated that there is no shortage of vaccines. Each state will get replenishments on time. He chided all the states to not create panic.

In the face of accusations and rebuttals, the time is ripe to take a reality check.

As per State Health Department, Odisha had a stock of 5.34 lakh doses of Covishield – the vaccine produced by the Serum Institute of India – in its inventory.

Since the State is giving the shot to nearly 2.5 lakh beneficiaries, the stock will last for only 2-more days. And the State will have no vaccine to administer from April 9.

Expressing concern over the likely impact on immunisation exercise, the State demanded a fresh replenishment of 25 lakh doses for the next 10-days.

“Due to shortage of vaccine, we closed nearly 700 vaccination centres in the state (Odisha has over 1400 functional sites) on Wednesday,” said State Health Minister Naba Das.

Earlier, Odisha had complained about not discriminating against State in vaccine supply, which was strongly rebutted by the Union Health Ministry then.

When the vaccine supply has become a sort of political football between BJP-led Centre and Opposition ruled states, including Odisha, the time is apt to take a reality check.

The vaccines are not allocated an equal number of doses to all states. The allotment of doses to states is guided by the criteria of the population of a state or a UT and its pace of vaccination.

The pace of vaccination in Odisha is good. But Odisha received fewer doses than Bihar, Gujarat or Maharashtra because the population is less comparatively.

The State has closed today 700 vaccination centres not because the Centre has backed down from delivering the promised stock.

WHAT THE WHO SAYS?

What WHO, the apex global health body, says?

” The time between the date of ordering vaccines and the date when you collect them may not be as soon as one would wish it to be. There may be an increase in vaccine demand that one wants to respond to quickly, but you may find there are unexpected delays in restocking. Therefore, you should always aim to keep a minimum amount of vaccine in stock. A minimum stock level is to be maintained, which is usually, 25 per cent of the total vaccine needs for the supply period.

THE BOTTOMLINE: The 700 centres were closed down as the State failed to implement the WHO vaccine management protocol. The reason is with the second wave hitting more virulently, Odisha plans to immunise the targeted population at the earliest to control the rising Covid-19 curve in the State. Therefore, the situation has come to such a pass.