Bhubaneswar: A day after receiving Covid-19 vaccine Covishield from Serum Institute of India in Pune, the first consignment of Bharat Biotech’s Covaxin dispatched from Hyderabad landed at Biju Patnaik International Airport (BPIA) in the capital city on Wednesday morning.

As many as 20,000 doses of the vaccine, jointly developed by Bharat Biotech and Indian Council for Medical Research (ICMR)  arrived in Bhubaneswar today, said sources.

After its arrival at the airport, packets containing the Covaxin vials were escorted by security forces to the State Vaccine Store (SVS) in Bhubaneswar in vans. 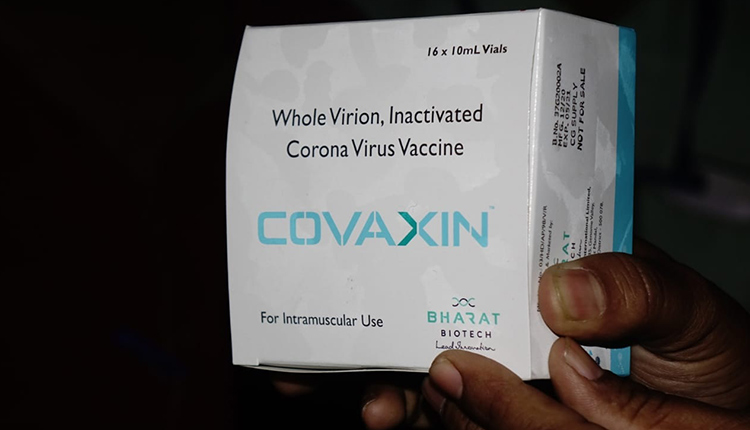 On Tuesday, as many as 4.08 lakh doses of Covishield, jointly developed by University of Oxford and British firm AstraZeneca had arrived the city from the Serum Institute of India (SII) in Pune.

The vaccine is being dispatched to all the districts today where it will be stored at district vaccine stores and subsequently taken in cold chains to 160 session sites ahead of the vaccination drive beginning from January 16.

Additional Chief Secretary of Health department PK Mohapatra had yesterday said the Covishield vaccine will be dispatched to all 30 districts while Covaxin vaccine will be supplied to Bhubaneswar Municipal Corporation area.

Extensive arrangements have been made for the mega vaccination drive in Odisha. The State government has identified around 160 session sites across all the districts for Covid-19 vaccination programme, and special teams have been formed to vaccinate close to 3.29 lakh healthcare workers including Anganwadi workers in the first phase.

On January 3, the two vaccines — Bharat Biotech’s Covaxin and Oxford-AstraZeneca’s Covishield manufactured by the Serum Institute of India — were approved for ‘restricted emergency use’ by the Drugs Controller General of India (DGCI).