Bhubaneswar: The second wave has been quite cracking in Odisha, unlike the marathon steady rise in the first wave. In just 26-days, the contagious virus has accomplished over 70 per…

Bhubaneswar: The second wave has been quite cracking in Odisha, unlike the marathon steady rise in the first wave. In just 26-days, the contagious virus has accomplished over 70 per cent of first wave daily peak count, which it took over 117-long days to reach. 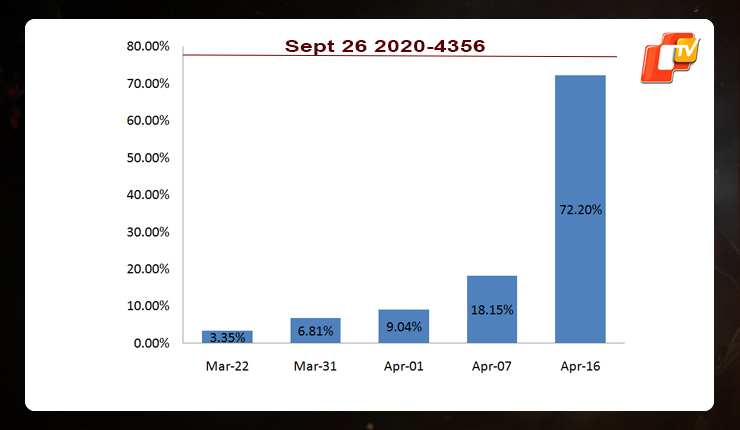 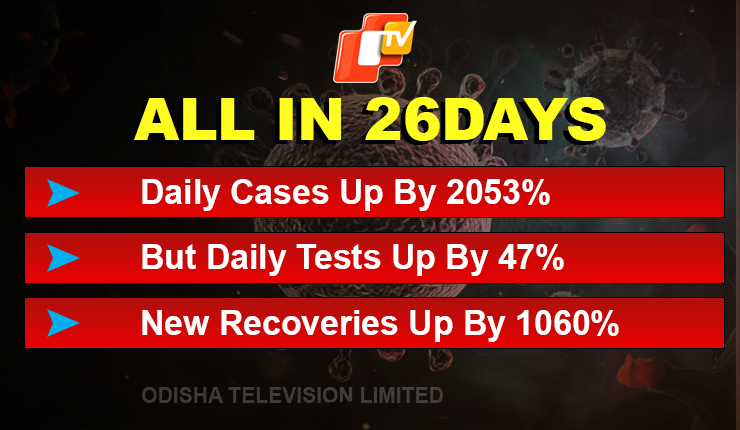 As per the trend observed in states across the country, the wrapping up of 70 per cent of peak count in a shorter span has ultimately led to a massive outburst of daily cases within 2-24 days.

Therefore, the countdown for a steep surge in cases in Odisha has begun. It is only in the backdrop of this scenario, the Odisha government has enforced movement restrictions like night curfew in urban areas of the state hotspots well in advance.

SECOND WAVE IN CHARTS AND GRAPHS

How fast is the second wave in Odisha? View the Graph below. The first signs of the return of Covid-19 flashed on March 22 when the daily count crossed the 100-mark. There is certainly no looking back after that. Rather, the virus is apparently in a galloping mood. (see the graph below) 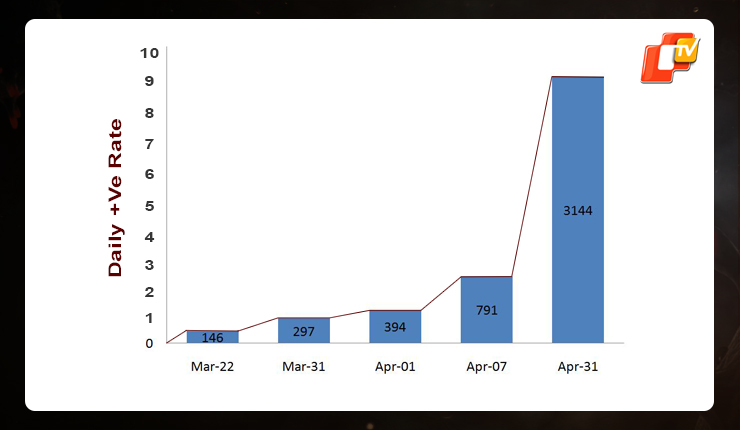 Have a glance at the daily recovery rate in the State. The rate hurtled down fast in just 9-days. From a high of 56 per cent, fell like nine pins to a mere 30 per cent on April 1. (see the graph below). 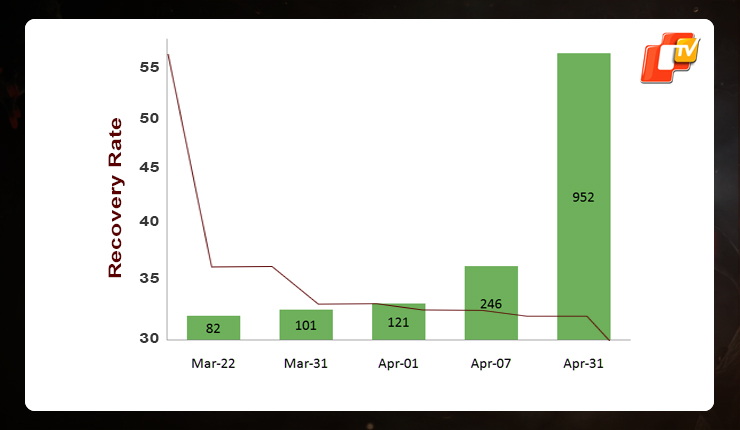 NOTE: When the recovery rate will reach 85 per cent or more, then only the peak will come downslope, as evidenced by the first wave data.

The above chart shows how the daily recovery rate in the State has been on the downslide.

What the graph below tells is how the caseload rate is on an upward trajectory. The moot point here is unless the gap between the recovery and caseload rate narrows down, the spike in cases will continue in the State. 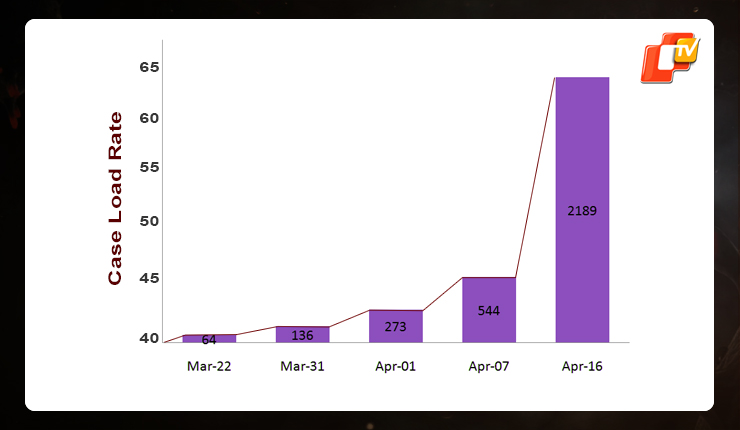 NOTE: As of today, the gap stands high at over 40 per cent. The wave will evaporate when the difference comes to nil, though a bridging of the gap will tell the State that the second wave’s tail is up now.