The Covid-19 in Bhubaneswar turns dicey as the first community cluster has been sealed at Tankapani today. The City clocks 100 counts after 150-days. Test Positive Rate rose to around 6.7 per cent 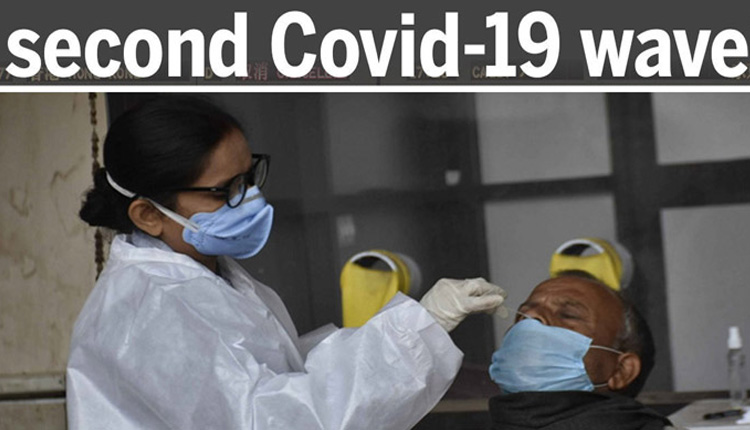 Bhubaneswar: In the fight against Covid-19 second wave, it has been a day of a double whammy for the State Capital Bhubaneswar. Not only the new daily positive cases shoot up the 100-mark after 150-long days but also the first community cluster has been recorded at Tankapani, when to date the capital city has clusters in only educational institutes.

Mirroring the national trend, the daily positive count in the second wave in Bhubaneswar has breached the 100 cases per day psychological barrier in mere 44 days.

The super-speed count rate nails the infectious nature of the second corona wave.

However, the doubling rate of the Capital City today has been estimated at 4.2 days. This means if the new cases per day in Bhubaneswar grow at the rate prevailing today then daily new caseload may cross the 200-mark in the next 4-days.

The daily infection rate in the capital has grown from negative to a positive value indicating a faster spread of infection in the Smart City.

As per highly placed sources in the BMC, the daily Test Positive Rate (TPR) today stands at a high of 6.7 per cent, though the 7-days moving average of DPR stood at around 4 per cent.

The above comparison reveals how the Covid-19 situation in the Capital city is quite explosive. The high TPR shows the testing in the Smart City is in the right direction, but the RT-PCR proportion needs to be increased to around 75 per cent of the total tests. This will aid the State health authorities in flattening the shooting corona curve in the City.

On the contrary, the local transmission cases currently take a higher proportion of an average of around 78 per cent during the last 7-days.

The dicey part of the story as the local contact cases are showing a rise over the days, the daily positive rate in the City is going to show a sharp rise in days to come.

The difference between the coronagraph in the two big hotspots in wave one is, while Ganjam had a higher proportion of quarantine cases, the Capital City had a greater proportion of local contact cases.

For which, the corona curve in Ganjam went up the slope quite rapidly, but also hurtled down the slope at a greater pace.

Like Maharashtra, in Odisha also 4 districts – Khurda (read Bhubaneswar), Nuapada, Kalahandi and Sundergarh – have been the emerging second wave hotspots. These 4-districts account for around 48 per cent of the new daily caseload in the State.