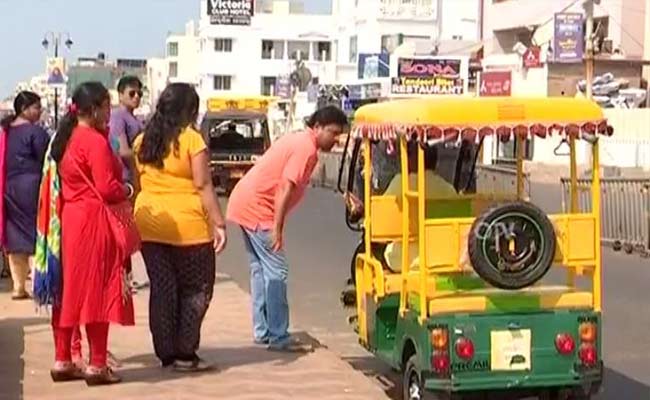 Puri/Bhubaneswar: The district administration of the pilgrim town of Puri on Wednesday has asked tourists to vacate hotel rooms within two days in view of the preventive measures put in place by the Odisha government over novel coronavirus, a senior official said.

Hotels and lodges have been directed not to make fresh bookings till March 31, he said.

Popular tourist sites of the state, including the Konark Sun Temple, had already been closed for visitors as a precautionary measure.

“The hotel owners were told to ensure that all rooms should be vacated within two days,” said assistant tourist officer, Puri, Bijay Kumar Jena.

The ADM said this after holding a meeting with hotel owners.

The hotel and lodges have been advised to report to the authorities about the visitors on a daily basis, Dash said.

Instructions have also been issued to close all offices of travel and tour operators in Puri, he said.

The police on Wednesday sent back 15 tourists buses carrying hundreds of tourists from the entry points of Puri, the official said.

Besides tourist buses, travel agents and tour operators use taxis to transport visitors to the town.

The tourists have also been prevented from visiting the sea beaches in Puri and Konark, the official said.
Hoteliers in Odisha sought the state government’s help in overcoming the financial crisis faced by them in the wake of the novel coronavirus outbreak.

The Hotel and Restaurant Association of Odisha (HRAO), a body of private hotels, has sent a memorandum to Chief Minister Naveen Patnaik over the issue.

“We appreciate the steps taken by the state government to prevent the spread of COVID-19. The HRAO pledges full support to the government.

“But the travel, trade and hotel industry of Odisha is going to bear a huge financial burden as many inbound tourists are cancelling their bookings,” HRAO chairman J K Mohanty said.

He said bookings for conferences, banquets and marriages have been cancelled in most of the hotels.

“We have taken loans from banks. In the current situation, it seems difficult for us to pay interests and EMIs. The state government should advise the banks to cooperate with us and defer payment of EMIs and interests till the situation normalises,” the memorandum said.

The HRAO also requested the government to waive State GST till normalcy is restored.

“The state government should also try and convince the Centre for a similar step. There should be complete GST holiday for the tourism, travel and hospitality industry for the next 12 months,” the association demanded.

The HRAO also sought fee-waivers for the upcoming renewal of licenses and permits (such as BMC Holding Tax, Ground Water Fee, Electricity Fee) for the hospitality and travel industry till normalcy is restored.

There should be an immediate sanction of funds to reimburse PF, ESIC, professional tax and salaries of employees in the industry, HRAO added.

Meanwhile, government’s chief spokesperson on coronavirus Subrato Bagchi informed that the lone coronavirus positive patient of the State is doing well and his condition is stable.

The 33-year-old researcher, who had recently returned from Italy, is lodged at the state-run Capital Hospital in Bhubaneswar.

Bagchi said out of the 47 samples tested in the state so far, 46 have been found negative and one positive.

“The lone positive patient is doing well and is stable,” he said.

Replying to a question, Bagchi said contacts of the positive case have been traced and they have been advised home isolation.

He said currently 18 people have been kept in quarantine in different hospitals.

On the facilities available in the state, he said all district headquarters hospitals and Medical College hospitals have isolation wards.

Currently, 540 isolation beds are in readiness across the state in government and private hospitals. Quarantine facilities have been identified up to the Block level, across the State, he said.

So far, about 2,131 registrations have been made, of persons with travel history abroad, Bagchi said.

The state government has meanwhile issued an advisory to all religious institutions for social distancing and other measures while dealing with the devotees.

“The pilgrims, priests, servitors and other security personnel engaged in religious places to be protected from the virus infection. Agencies/Boards/Trusts/Governing institutions are advised to ensure implementation of the guideline,” he said.

The government also issued guidelines for protection of labourers, domestic animals and disinfection of ATMs.

“Volunteers of OSDMA (Odisha State Disaster Mitigation Authority) will inspect the ATM counters to cross-check the sanitary operations undertaken by Bank Authorities and any violation will be viewed seriously,” the government spokesperson said.

The driving license and learners license tests under all RTO offices have been suspended till March 31 as per orders by Transport Commissioner, he added.

The state government also requested the Telecom Service Providers (TSPs) to disseminate the coronavirus advisory among people through SMS and voice message.

So far 6323 buildings have been identified in Panchayats to facilitate for temporary medical camp if the need arises.

Similarly, 261 buildings have been identified in Urban local bodies, he said.

All these buildings are in 97 ULBs out of total 6797 GPS in the state, Bagchi informed.

Coronavirus: ‘No Orders Issued To Vacate Tenants In Bhubaneswar-Cuttack’