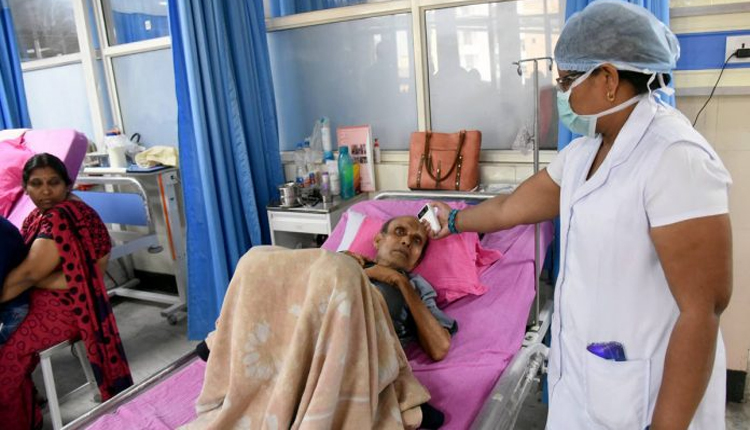 Bhubaneswar: Facts obtained through a RTI application has raised serious question marks over the Covid-19 expenditure policy of the State Government.

As per the disclosures, the State Government has no clear answer regarding the amount incurred on Covid-19 treatment and how much the private Covid hospitals are charging from the patients. The State Government could not also clarify about the contract amount with private hospitals towards the treatment costs, as per the revelations.

However, according to the Annexure-B of the state government guidelines, Covid hospitals should produce their bills (pertaining to the treatment expenditure) with total amount in every 15 days. However, the State Government has failed to provide any information about those bills and expenditure towards the treatment cost charged by the private hospitals even after a span of four months.

RTI activists have raised serious questions regarding the matter. “KIMS hospital has not yet produced any bill for reimbursement though the guidelines are clear. We seriously doubt the integrity and intention of the government,” stated RTI activist Pradip Kumar Pradhan.

“The private hospitals are supposed to mention the actual cost of all the treatment expenditure like Rs 5,000 for ICU bed, Rs 3,000 for general bed and other fixed costs towards medicines, food and others in their bill and produce it before the government. But we feel there are goof-ups regarding the matter. That is why we have not been provided with detailed information,” alleged Pradhan.

According to another guideline by the Government regarding the treatment cost at KIMS, it has been clearly mentioned that the hospital  has to produce bills carrying the treatment costs including daily charge of Rs 3,000 per general bed, Rs 5,000 per ICU bed, and other costs towards medicines, food, test, sanitation, transportation and PPE kit. But the State Government is not providing any information regarding the detailed treatment cost of the patients, he alleged.

Meanwhile, several phone calls made to authorities at the KIMS hospital to elicit response did not yield any result. Meanwhile Khurda collector Sanat Mohanty said that he has no information regarding the matter. “I have no idea about it. But I know that reimbursements are made by the Government after bills are produced by the private Covid hospitals before concerned authorities,” Mohanty stated.