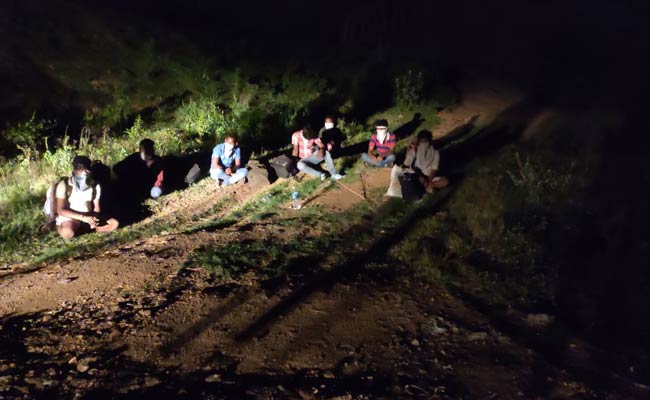 Angul: At a time when migrants are being brought to Odisha in special trains from different parts of the country, some of them jumped off a train allegedly after pulling the emergency chain near Majhika on the outskirts of Angul town last evening.

While seven migrants have been caught by the police, efforts are on to nab other absconders, informed Angul SP Jagmohan Meena.

As per reports, the Shramik Special train carrying around 1200 Odia migrants from Ahmedabad in Gujarat was on its way to Khurda Road Railway Station when at around 5 PM on Sunday, some migrants allegedly pulled the emergency chain and got down from the train.

After getting information, police rushed to the spot and seven of them were subsequently nabbed with the help of some locals, added reports.

On being interrogated, the migrants refused to have pulled the alarm chain of the train and said that they got down while the train slowed down its speed near Majhika, said police sources.

However, the exact number of migrants who escaped from the train will be known after getting detailed data on the number migrants from the Indian Railways.

Police are suspecting that the migrants did not want to stay in COVID-19 quarantine centre and therefore they took the step. Further investigation in connection with the incident is underway.

Reports said, three trains that left from Surat in Gujarat on Sunday will arrive at Jagannathpur Railway Station in Ganjam district today while another Shramik Special train from Rayanapadu in Andhra Pradesh will reach Titlagarh Railway Station in Bolangir. Similarly, another train that left from Chennai on Saturday will arrive at Jagannathpur today.