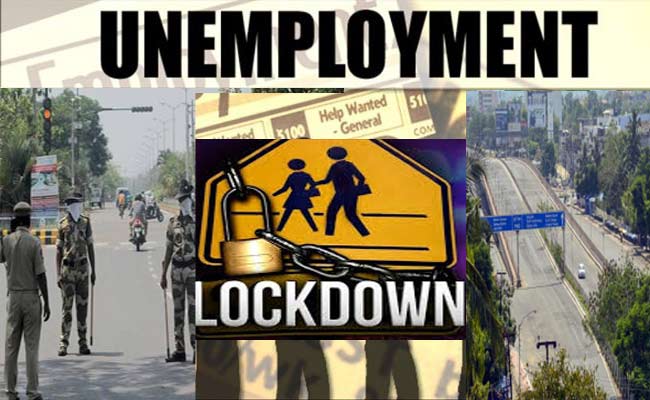 Bhubaneswar: The impact of novel coronavirus seems big on Odisha. Even as the month of March had seen only around 10-days of COVID-19 lockdown, the impact looks colossal as the unemployment rate in the State zoomed to a 4-year high. Odisha has the highest unemployment rate of 12.6 per cent in March 2016.

The noteworthy mention here is unemployment rate in Odisha in March 2019 was 2.8 per cent.

The CMIE has attributed the abnormal rise in joblessness in the State to cessation of all economic activities following imposition of lockdown throughout the State since March 22.

What needs to be watched out here is, as per CMIE, when the unemployment rate in the country as on April 17 zoomed up to touch 18.7 per cent from 8.7 per cent at March end, all eyes are on the big numbers of unemployment rate in Odisha that will be released a fortnight later. The reason of fear is Odisha has enforced a complete lockdown till May 3, though some relaxations have been introduced recently.

Given the scale of spike in unemployment rate in March vis-a-vis February this year, experts in CMIE estimate the total jobless persons in Odisha swelling to a whopping around 11 lakh by March end. And they assume that the number may grow manifold in April owing to complete lockdown, said CMIE report.

As per CMIE analysis across the nation, the sudden spike in the unemployment rate is attributed to higher unemployment rate in the age-group of 25-44 years. The reason is cessation of all economic activities in both the unorganised and organised sectors in the country.

However, what seems a wakeup call for the State is unemployment rate in major economic hub states in the country like Gujarat, Maharashtra and TN, except Delhi, is below or around 6 per cent.

But states like Bihar and Odisha, which have large migrant worker population, have bore the brunt. Both the states have seen a sudden spike in unemployment rate.

Significantly, something to ponder over here is how Madhya Pradesh, among major states, has posted the lowest unemployment rate of 2.2 per cent during the Covid-19 times.

The reason, as per experts, is MP has a dynamic farm sector and farm activities in the State have been mostly exempted from lockdown.