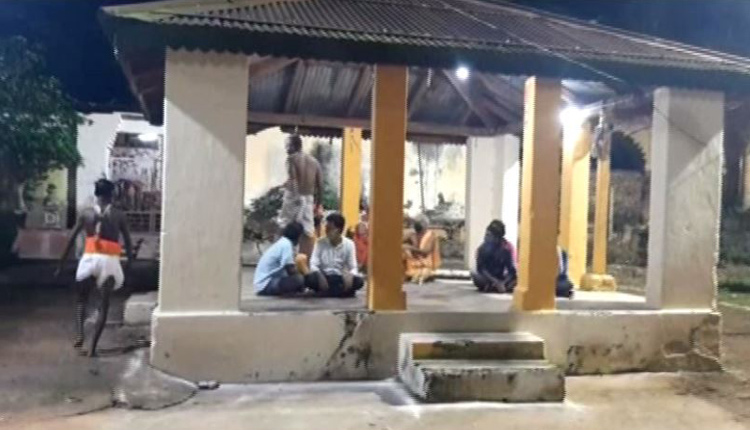 Balasore: ‘Bali Nayak’ sport of ancient Kalinga city Nilagiri, is organised during the Dussehra festival. Since the early 18th century, this sport has been an integral part of Navratri celebration in Nilagiri.

Bali Nayak sport is a modern Tag alike game which is played on a ground involving two or more players’ chasing other players in an attempt to “tag” and mark them out of play, usually by touching with a hand. Likewise, in Bali Nayak game one Nayak is selected by the ceremonial king of Nilagiri. The Nayak with a garland chases participants in the royal palace premise.

King Ramachandra Mardaraj in 18th century initiated the unique game of fun. During his reign, the losers of the sport used to give animal sacrifice for goddess Durga, but now Ash gourds are given as a symbolic sacrifice to the goddess.

Times has changed the methods of the sport, but not it’s nature. Since then It has been going on as a cultural event and has become Nilagiri’s tradition. Thousands of spectators thong Nilagiri royal palace to witness the convention. However, the fun game is a low key affair due to Covid pandemic this year. After govt restriction on public gathering, a symbolic game is being organised this year inside the royal palace to maintain the 300 years old tradition.

Bijay Laxmi Mohanty, a local teen has been witnessing the sport since her childhood. Mohanty said, “We visit here every year to watch the sport. This year palace has become deserted due to COVID19. Police forces have been deployed here.”

Sridhar Mallik, the protagonist of the sport has been donning the ‘Nayak’ character since decades. “We are organising this sport this year in a limited manner adhering Covid norms” Mallik stated.

Jayanta Chandra Mardaraj Harichandan, the present ceremonial king of Nilagiri said, “I am felling heart-broken as our hundred years heritage is not taking place accordingly this year. Like Rath Yatra, we celebrate this sport here. However, due to Covid restrictions, neither we could hold Rath Yatra, nor Durga Puja.”