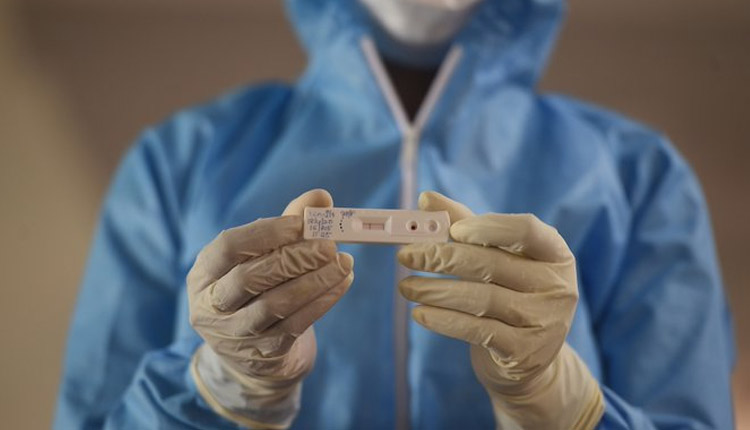 Bhubaneswar: The daily Covid-19 count in Odisha continued its downward trend on Thursday. As many as 351 new cases were reported in the last 24 hours in the State which pushed the positive tally over 3.25 lakh.

Of the fresh cases reported from 27 districts, 203 were related to quarantine while the remaining 148 are local transmission cases.

At least five patients undergoing treatment at various hospitals for coronavirus infection succumbed to the deadly virus, as per the data revealed by State Health and Family Welfare (H&FW) Department. With this, the Covid-19 cases rose to 3,25,147 while the death toll surged to 1,825.

According to the Information and Public Relations (I&PR) Department report, Khordha recorded the highest 52 cases, while the infection count remained 47 in Sundargarh, 41 in Angul, 27 in Cuttack, 26 in Sambalpur and 21 in Nuapada. Gajapati, Kandhamal and Rayagada districts did not register any coronavirus case during the last 24 hours.

Similarly, Sundargarh reported two fatalities during the period while Balasore, Puri and Jagatsinghpur recorded one each death, as per the data revealed by H &FW Department.

The H&FW department also released the details of the deceased who died while undergoing treatment at various hospitals across Odisha:

A total of 53 other Covid-19 patients have died in the state due to comorbidities.

IN PICS: It’s December And Odisha Is Slowly Stepping Into The Chilly Winter Mornings/Nights