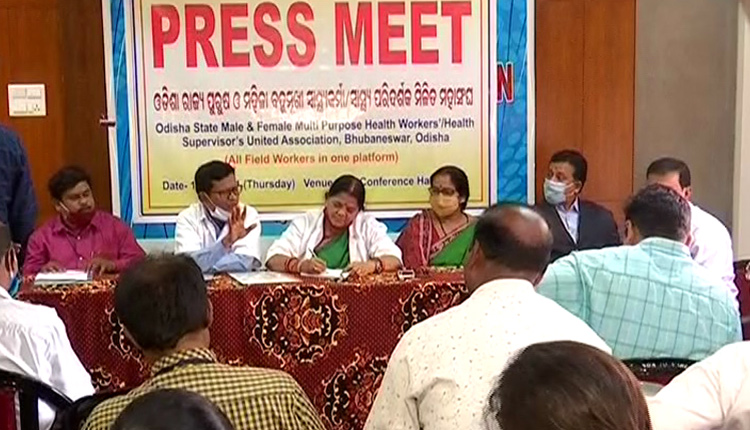 Bhubaneswar: Odisha State Male & Female Multi Purpose Health Workers’/Health Supervisor’s United Association on Thursday decided that they will not take COVID vaccine shots as a mark of protest against government’s alleged neglect towards their designation and cadre. However, they will help others get immunized in the upcoming vaccination drive wearing black badges, said a member.

As per their demand, around 15,000 health workers under the banner have been assigned the same designation and cadre since more than thirty years, and a lot of parameters including required educational qualifications have been changed, but their designation (Health Worker) remains the same.

Mamata Nayak, the General Secretary of Women Health Workers Association said, “We have long been demanding to change our designation and restructure our cadre. We had high hopes from the last cabinet meeting held on 31st December 2020, but nothing positive came our way.”

“This is not the first time that we are asking the government, in fact we have requested to look in to the matter during COVID times. However, the government seems to have turned a deaf ear to us,” Mamata added.

She further said, “Though we won’t take the vaccine, we will help the general public get vaccinated till January 31, 2021. And if the government does not take any concrete steps in this regard, we will be forced to go on an indefinite strike from February 1.”

Here Is All About Vaccines, The Protection Period And Reactions As Odisha To…

Saif Ali Khan’s Tandav Can Be a Boon For…