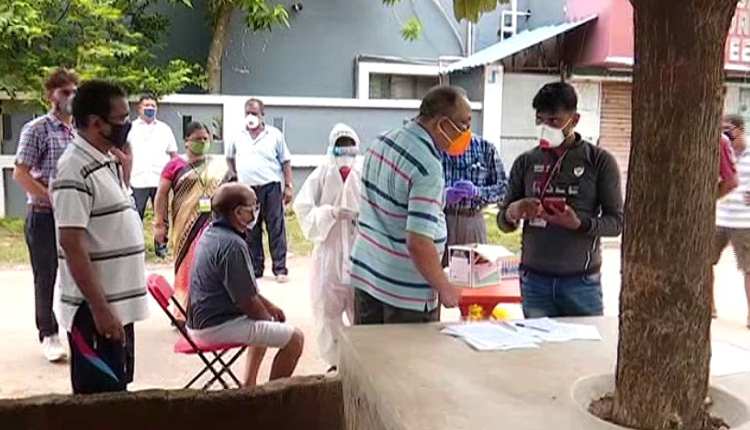 Bhubaneswar: The third phase of the serological survey to gauge the prevalence of COVID-19 is all set to start in the Odisha capital from today. The survey will continue till October 18.

This study will be conducted jointly by the Bhubaneswar Municipal Corporation (BMC) and Regional Medical Research Centre (RMRC) which would help in determining the percentage of population in the city who have developed antibodies against novel-Coronavirus, said BMC Commissioner, Prem Chandra Choudhary.

The data revealed through the study will also help estimate the proportion of asymptomatic, pre-symptomatic, and sub-clinical infection among the people in the city.

The survey had been conducted in several districts of the state earlier. According to sources, samples will be collected from 1500 people across 25 wards of Bhubaneswar during the exercise.

Earlier, an overall 5.1 percent of people were detected with developed antibodies during the second phase survey in August in Bhubaneswar. The capital city also showed the antibody prevalence of 1.42 percent during the first phase in July.

Fallow OTV For Daily Update On Corona Cases In Odisha

Woman Can Stay In Shared Households Of Husband’s Kin Under DV Act: SC