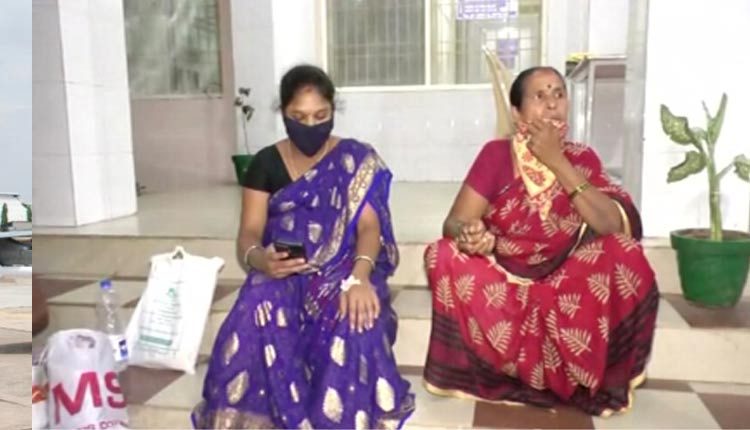 Gajapati: A pregnant woman was forced to undergo over 11 hours of painful experience waiting in the verandah of district headquarters hospital in Paralakhemundi of Gajapati on Tuesday after the medical authorities allegedly refused treatment citing she had come from a village which has been declared COVID buffer zone by the administration.

The woman, a resident of Bhusukudi under Gosani block was admitted to the Maternity and Child Heath Centre of the hospital after she complained suffering labour pain yesterday.

After the medical staff realised that she had come from a Covid buffer zone and her husband who had recently returned from other state and is in quarantine, they asked her family members to leave with the patient.

But when her family members remained in the hospital apprehending any emergency, the pregnant woman had to wait on the hospital verandah from around 2 PM To 9 PM.

Later following the intervention of Paralakhemundi MLA K Narayan Rao and Zilla Parishad member, the woman was re-admitted to the hospital where she was kept in an isolation room. The doctors will reportedly conduct C-section on her in the evening today.

The woman’s attendant, D Saileswar Rao said, “When we arrived at the hospital at around 10.30 am yesterday, the doctors initially admitted her and started her treatment. They informed us about the C-section immediately and asked to arrange blood. When we arrived with the blood, the hospital authorities suddenly asked us to leave the hospital and come back only after getting her examined for COVID-19.”

Though we tried to explain them that her husband is already in quarantine since the last 26 days, they refused to treat her, added the woman’s relative.

On the other hand, the district medical officer, PK Patra said “The woman was stable and she was not undergoing labour pain. Therefore, we asked her to leave and come back after she undergoes labour pain. Besides, there are guidelines that persons coming from containment zones should only be treated in COVID hospitals.”