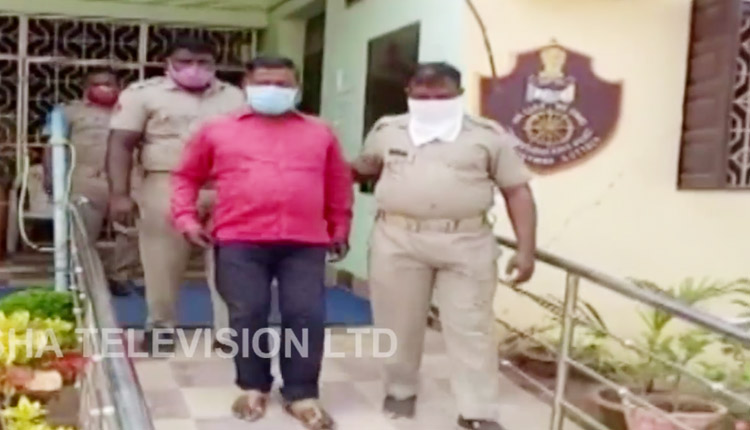 Bhubaneswar: A contractual peon attached to Bhubaneswar Municipal Corporation (BMC) was on Wednesday disengaged from service following arrest after being caught red-handed with brown sugar.

The peon was arrested by a drug task force of Commissionerate Police earlier today. Brown sugar weighing 7.64 grams, 40 grams of gold, cash of Rs 42,050, 5 cell phones were seized from his posession after interrogation.

As per sources, the police team conducted raid near Blood bank of BMC Hospital in Bhubaneswar and caught the accused red-handed while he was selling the contraband item.

Police sources said the accused who lives in Lingaraj police station area has as many as 7 savings bank accounts to his name.

At a time when the police continues to intensify its crackdown to stop illegal trade of narcotics in the capital city, seizure of the contraband from a person at the hindsight of the authorities has raised many a eyebrows.