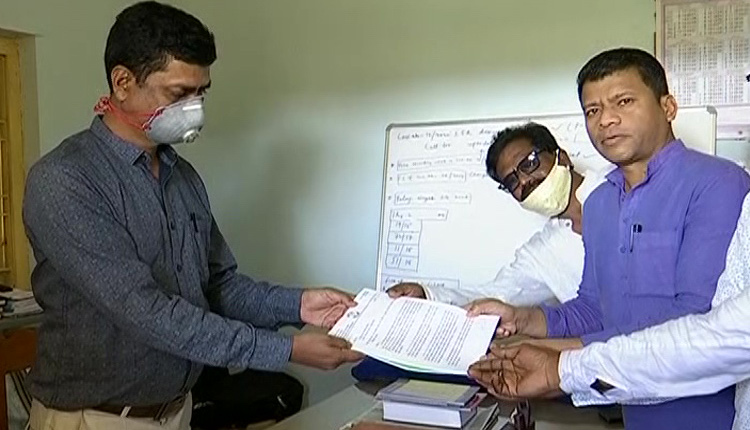 Addressing a presser at Malkangiri, Majhi, who is acting as the PCC Working President, brought serious allegations of corruption and fraud against the two tainted officials in the district.

Majhi said, “Both Agarwal and Pradhan have siphoned off money meant for farmers. From Swachh Bharat Mission to PMGSY, Agarwal is involved in scams worth of Rs 300-400 Crores. He should be subjected to probe at the same intensity as the investigation of IFS officer Abhay Pathak.”

A team led by Majhi submitted a complaint at the Vigilance office against the duo pertaining to alleged scams committed in several departments of Malkangiri district administration.

Demanding stern action against the two officials, Majhi said, “If no action is taken against them, Congress will be forced to lead a protest.”

“Only transferring Agarwal from one position to another will not serve the purpose. Our demand is to probe all the scams and corruption he was involved during his tenure as the Collector of Malkangiri,” said Majhi.

The State government had earlier replaced Manish Agarwal with Y Vijay as the new Collector of Malkangiri district. The move came a day after he was booked on charges of murdering his PA, following an order issued by the Sub-Divisional Judicial Magistrate court.

Manish Agarwal is currently serving as the Deputy Commissioner of Planning and Convergence Department.