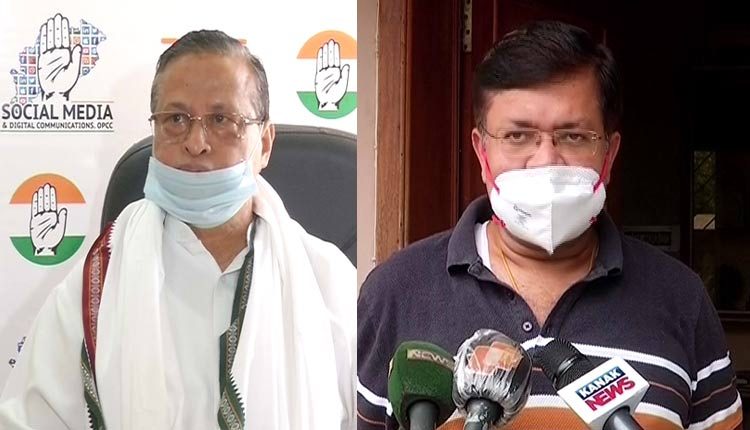 Bhubaneswar: The Congress today launched an online campaign – ‘Speak Up India’ and urged people to speak up against the alleged apathy of the Narendra Modi-led BJP government reportedly to highlight the concerns of COVID-affected and weaker sections of the society. The Odisha BJP, however, has targeted the Opposition and its senior leaders for “doing politics amid a pandemic”.

Speaking in the ‘Speak Up’ campaign, Congress MP Rahul Gandhi today urged the Central government to provide immediate cash assistance to the poorest families in India and increase the MNREGA working days to 200 days in a year which would facilitate labourers to get work in their respective villages and also ease the burden of this pandemic on the people.

During the campaign, OPCC chief Niranjan Patnaik too accused the Modi government of turning deaf ears to the plight of the migrant workers.

“On behalf of the people of Odisha, we demand immediate transfer of Rs 10,000 into the bank accounts and Rs 7,500 per month for the next 6 months to the poorest families. The government should facilitate a safe homecoming of the migrant workers. The Centre should also provide adequate assistance to farmers for Kharif season farming,” said the Odisha Congress chief.

Speak Up India Campaign Of #Congress

Centre should provide Rs 7500 to each poor family for 6 months with an immediate advance of Rs 10,000; Govt should take steps to bring all migrants to their respective villages within a limited period: #Odisha Congress Chief Niranjan Patnaik pic.twitter.com/6c6RhyBJ89

Taking a jibe, senior BJP leader Prithviraj Harichandan said that ‘Speak Up’ campaign assumes no significance. “There is no similitude in what Rahul Gandhi thinks, speaks or does. Congress bringing lawlessness is nothing new, they have been doing this for decades. The so-called campaign of the Congress is only to cause havoc in the country in these difficult times. People know their intentions very well and will reject such fake campaigns,” said Harichandan.

Earlier in the day, Congress chief Sonia Gandhi urged the Centre to unlock its coffers and help the poor, migrants, small businesses, the middle class and all those who are affected by the economic and social fallout of the coronavirus pandemic. “In the last two months, the lockdown has created an economic crisis. For the first time after independence, people have seen the pain and plight of the migrant workers travelling back barefoot. Their pain and plight was heard by the entire nation but not by the government,” she alleged.

‘Harassed By Police For Fair And Fearless Journalism’, OTV Senior…