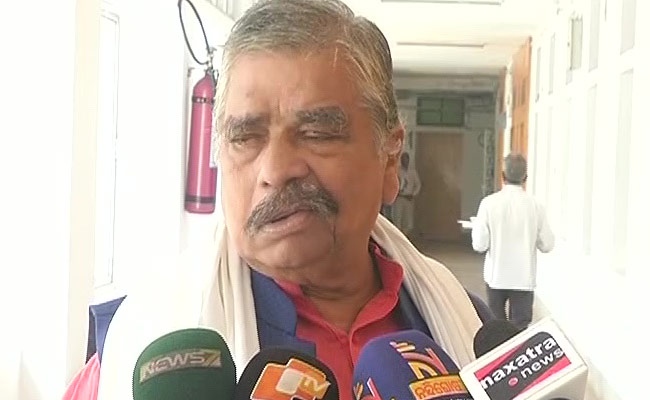 Bhubaneswar: While claiming that the BJP and the BJD share political ties, Congress today took a jibe at the ruling party in Odisha saying “If people are with you (BJD) and they have voted you to power, there’s no need to fear or run after others.”

Just ahead of Home Minister Amit Shah’s visit to the state, Congress MLA Sura Routray today alleged that Odisha Chief Minister Naveen Patnaik’s BJD was an ally of the BJP during the Atal Bihari Vajpayee regime and continues to maintain cordial ties with the saffron party.

“CM Naveen is having close ties with the Centre and he is helping the BJP in passing of all the bills in Parliament. He is losing his own image by doing so even when his party (BJD) enjoys full majority in the State,” said Routray.

He further said that instead of coming to Odisha, Shah should stay in Delhi and ensure peace. “What will he say and make people understand here? At a time when the national capital is burning, the Home Minister should stay there and do the needful,” he added.

On party’s plans to rejuvenate the organisation for the upcoming polls, Routray said Congress is gaining strength and it will come to power once again.

Hitting back at the Congress, BJD spokesperson Pratap Deb said the allegations of Congress are baseless as the Home Minister is coming for an official programme to attend the Eastern Zonal Council (EZC) meeting, which is meant to improve cooperation and coordination among states.

On the Citizenship Amendment Act (CAA), Deb said, “No discussion is needed between CM Naveen and Shah over the Act as the former has already made the State’s stand clear.”

Union Home Minister Amit Shah is all set to attend the 24th Eastern Zonal Council (EZC) meeting here on February 28. Development schemes and programmes, disaster-resilience infrastructure, rail projects, operation of mines, coal royalty, timely release of central grants and several other issues are likely to be taken up for discussion during the meet.

Headmaster Suspended For Irregularities In Mid-Day Meal Scheme In Odisha