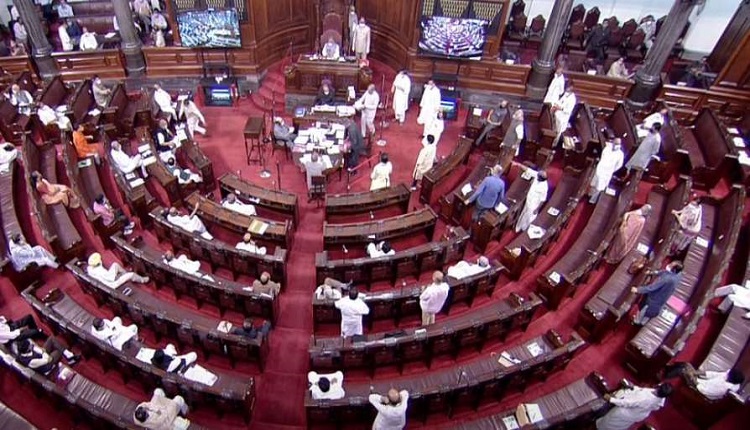 New Delhi/ Bhubaneswar: When Rajya Sabha Sunday passed the Farmers’ and Produce Trade and Commerce (Promotion and Facilitation) Bill, 2020 and Farmers (Empowerment and Protection) Agreement on Price Assurance and Farm Services Bill, 2020, a massive uproar was seen due to unruly protest by Opposition MPs.

Surprisingly, even the BJD opposed the Farm Bills citing that there is inadequate protection to small and marginal farmers as well as the sharecroppers.

Speaking on the two Farmers’ Bills, BJD MP Amar Patnaik reportedly highlighted the inadequacy to protect interests of small & marginal farmers & share croppers and urged the government to refer the bills to Select Committee of the House. “These two bills which the government says will change the ecosystem of agricultural marketing, I would say they are largely good on the intent but probably ignores the implementation aspects,” he said. This apart, the MP questioned if the bill is heading towards MSP dilution adding that remunerative prices for farmers cannot be solely guaranteed by market.

BJD MP Prasanna Acharya said, “BJD has always welcomed decisions taken in the interests of farmers. But because the bills lacked some clarity, we demanded that the proposed legislation be referred to House panel for scrutiny. BJD doesn’t believe in creating ruckus, and whatever happened is unfortunate.”

The Congress called it a ‘Black Day in Democracy’.

OPCC Chief Niranjan Patnaik alleged, “The Agriculture Bills are another step by the BJP government to benefit corporates at the expense of farmers. These Bills will end MSP for farmers.”

Targeting the Centre, Congress MP Saptagiri Ulaka said, “Modi Sarkar is only for corporates – Adani/Ambani, first they came for J&K then Muslims, now farmers, next labourers. What happened today in Rajya Sabha is a Black Day in Democracy – Division of votes is our right.”

What happened in #RajyaSabha is unprecedented – murder of democracy to be precise. Division is Parliamentary right & believe Modi Sarkar resorted to voice votes to protect their MPs and their allies (including BJD, SAD) from public outrage & coerced support for anti farmer bills. pic.twitter.com/jjr3LSFqzN

The Bharatiya Janata Party however maintained that the bills are aimed at empowerment of farmers and betterment of agriculture.

“I am surprised to see the BJD opposing the bills, may be this is because of the CBI raids on BJD leaders’ residences. The Bills will enable the farmers to sell their crops wherever they want through e-marketing. It really doesn’t matter if BJD extends support or opposes it, because BJP will continue to work for the interests of people,” said BJP MP Suresh Pujari.

Hailing the passage of the bills, BJP national president JP Nadda cleared all the questions raised by the Opposition parties and said, “Now, farmer will be his own boss! He can make his own decisions! The new legislation empowers farmers and gives alternative marketing channels including e-marketing platform. Farmers can get better remunerative prices. Farm related problems can now be resolved at his doorstep.”

As far as MSP dilution is concerned, Union Agriculture Minister Narendra Singh Tomar said procurement of crops will continue at MSP and there should be no doubt about it.

“MSP was offered to farmers before, is in force now and will remain in force in future and government procurement will continue. These legislations will play a crucial role in fulfilling PM Modi’s vision to double farmers’ incomes and better their lives.”

Taking a jibe at the Congress and other opposition parties, Nadda said, “Congress party never undertook any reforms for empowerment of farmers. It neither had the time nor the will to help farmers. Misleading the farmers and the poor is the age old habit of the Congress party. Farmers are aware of its duplicity and will not be swayed by its fake propaganda.”