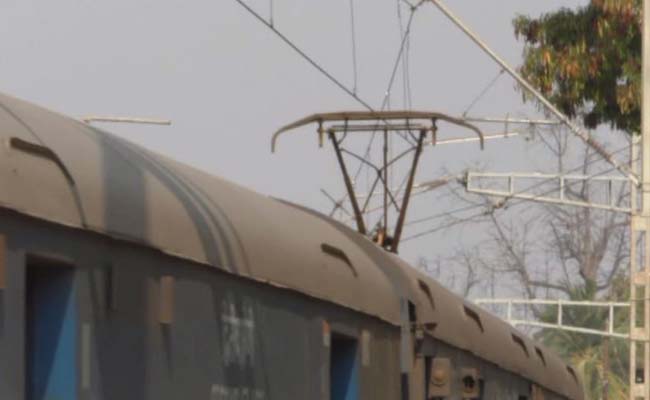 Titilagarh: The completion of much-awaited electrification works of Titilagarh-Raipur railway line under the jurisdiction of East Coast Railway (ECoR) has now put a smile on the faces of railway passengers travelling through the section.

According to sources, the electrification works were underway for a long time. Initially, passenger trains and goods trains in the route were electrified and they started rolling from February 20. As the electrification of express trains has been completed, now the electricity run engines will be fitted to trains from today.

Locals residents of Titilagarh expressed happiness over completion of the project as they had been complaining that the diesel run trains were not only creating noise and air pollution but also was time consuming due to frequent changing of engines. Now, the residents demanded that the electrification works in Bolangir line should also be completed at the earliest.

“As Titilagarh-Railway line electrification works have completed, it will significantly reduce the air and noise pollution in our area. The double lining work also underway, will immensely help the residents of Titilagarh,” said a local.

“Due to electrification of the route, now more express train will run which in turn will help students of Titlagarh the most. It will also help to take patients to Burla hospital and other hospitals,” he added.