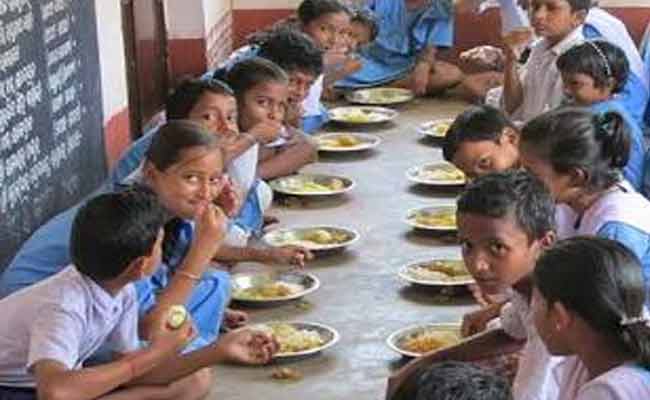 Bhubaneswar: A Block Education Officer (BEO) was recently beaten up by people over the poor quality of mid-day meal (MDM) rice being supplied to a primary school in Nowrangpur district. The residents of the village where the school is located wanted to lodge a complaint with the BEO with regard to the quality of rice but he was late in arriving at the spot. When he finally reached the school the villagers took out their anger on him.

Such complaints about mid-day meals being served in schools across the state are common. In the past, there have been several instances of insects including lizards being found in the meals. One or two of these cases took place in Ganjam, the native district of chief minister, Naveen Patnaik. The scheme was hit by a ‘dal’ scam more than a decade ago with a minister being forced to submit her resignation over the scandal.

It is, however, unfortunate that MDM has been witnessing such problems in a state like Odisha where poverty is still acute and remains one of the major contributing factors in keeping a sizeable chunk of children out of schools. Considering that bringing children from underprivileged backgrounds into the educational mainstream is one of the primary objectives of the programme it is imperative that it is implemented properly in a state like ours.

Recently the government decided to relieve teachers of the responsibility of mid-day meal (MDM) management in schools with the twin objective of improving the quality of teaching and as well as the fare being served to the students.

While teachers had been complaining about the “extra burden” of MDM management for quite some time the quality of the fare being served to the students has been under the scanner for past sometime with any number of complaints about substandard meals.

Hence MDM management is being passed over to women self-help groups (WSHGs). While this will put an end to teachers’ complaints about being overburdened the quality of food, too, is expected to improve. The objective of providing students with good and nutritious food is as important as improving the quality of teaching in schools. In fact, when the National Programme of Nutritional Support to Primary Education, popularly known as the Mid-Day Meal Programme, was launched across the country on August 15, 1995, it aimed as much at boosting the universalisation of primary education as at enhancing the nutritional status of children studying in classes I to VIII.

In our state, MDM was introduced as a nutrition intervention programme covering more than 60,000 primary schools with around 60 lakh students. Hence it is important to focus on the quality of the material being supplied for the scheme and the quality of cooking. Even the environment in which mid-day meal kitchens are functioning has to be monitored constantly. We cannot afford to be careless in this matter as the future of our children is at stake. One only hopes that authorities pay proper attention to this aspect of the scheme and things improve in the near future.