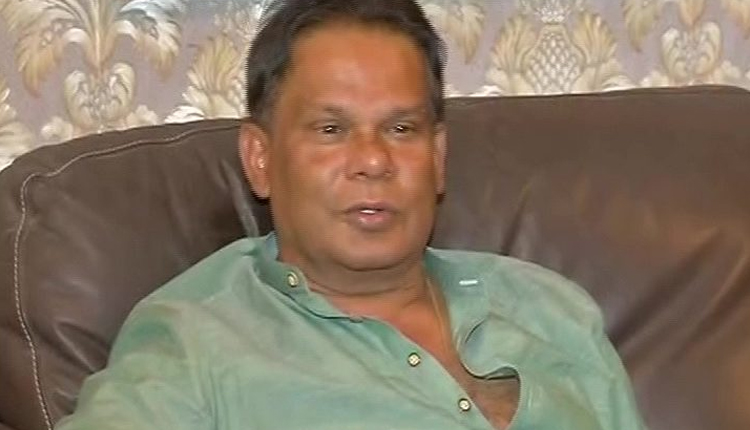 New Delhi: The Central Bureau of Investigation (CBI) on Wednesday urged a Delhi court to award life imprisonment to former Union Minister of State (MoS) for Coal Dilip Ray and other convicts in a coal block allocation case. The court will pronounce the order on their sentencing on October 26.

Ray, now a hotelier, was the minister of state (coal) in the Atal Bihari Vajpayee-led NDA when his party Biju Janata Dal (BJD), led by Naveen Patnaik, was a partner in the alliance government in 1999.

On October 6, Special Judge Bharat Parashar had convicted them in the case, noting that they conspired together beyond shadows of all reasonable doubts to procure allocation of the coal block.

The convicts, however, requested the court to take a lenient view in respect of their old age and prior clean antecedents. The probe agency, however, told the court that maximum punishment was required to send a message to the society as white-collar crimes were on a rise.

The case pertains to allocation of 105.153 hectares of non-nationalised and abandoned coal mining area in Jharkhand’s Giridih district in favour of Castron Technologies Limited by 14th Screening Committee of the Ministry of Coal in 1999.

The Special Judge concluded that it is “beyond shadows of all reasonable doubts that all the convicts conspired together so as to procure allocation of a captive coal block — Brahmadiha coal block — in favour of Castron Technologies Limited.”

Besides this, Castron Technologies Limited, Mahesh Kumar Agarwalla and Castron Mining Limited were also held guilty for the offence under 379 (punishment for theft) and 34 (common intention) of the Indian Penal Code.

As many as 51 witnesses were examined in the case. The prosecution had argued that the facts and circumstances of the case clearly pointed to the hatching of a criminal conspiracy by the private parties and the public servants involved in the process of allocation of impugned coal block.

It was submitted that Brahmadiha coal block was not a nationalised coal mine and was not included by CIL or its subsidiary companies in the identified list of captive coal blocks to be allocated by the Ministry of Coal.

Senior Public Prosecutor A.P. Singh had told the court that as Brahmadiha coal block was not an identified captive coal block to be allocated to private parties, even the screening committee was not competent to consider its allocation to any company much less to Castron Technologies Limited.

The prosecution further stated that Dilip Ray had himself approved the guidelines of the Coal Ministry that no coal block shall be allocated for captive mining to a company engaged in production of iron and steel or sponge iron if the annual production capacity is less than one MTPA in opencast mining but in the case of Castron Technologies Limited, he agreed to relax the said guidelines so as to extend undue benefits to the private parties involved.

(With Inputs From IANS)