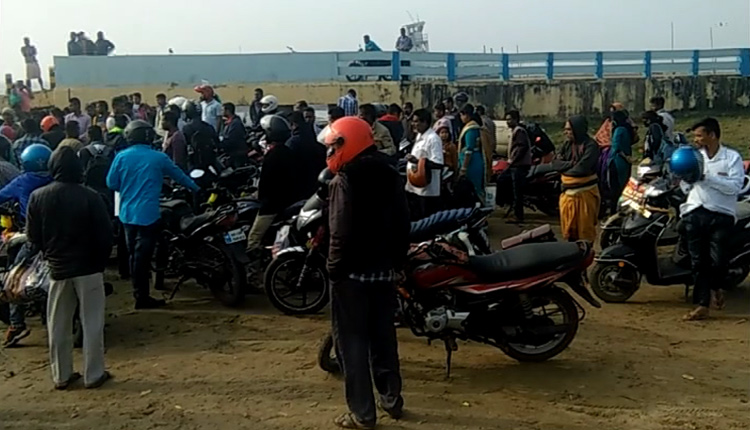 Puri: Commuters at Janhikuda Dock were subjected to an unpleasant surprise on Friday after the boat service to cross Chilika was suspended in the wake of flora-fauna survey conducted by the Chilika Development Authority (CDA).

As per reports the services of the pontoon bridge at the Janhikuda dock has also been suspended by the CDA authorities causing inconvenience to hundreds of commuters who depend on the bridge and the ferry service to cross the lake to reach Satapada and other places of Krushnaprasad block.

Sources said, the locals were particularly agitated alleging indifference attitude of CDA officials. “It is a travesty that the place which is used by thousands of commuters daily has been closed down without any prior notice,” said Surendra Biswal, a local, who was stuck at the dock for the day.

“We do not oppose the survey. In fact, we welcome the drive, but the authorities should have informed us before,” added Biswal.

It is relevant to mention here that, The CDA had inaugurated its second ferry service between Janhikuda and Satapada in Puri district from September 16, 2020 to facilitate thousands of commuters who had to cover a long distance via Ganjam or opt for dangerous boat ride to reach the other side of the lake.

The flora-fauna survey is conducted each year at the brackish water lake to record all the activities in the famous water body. Speaking about the survey, CDA Scientist Rabi Narayan Samal said, “We have started our drive from two points. One is from Satapada and the other point is from the Wetland Research and training Centre at Barkul.”