Cheers To Friendship! Batchmates Rescue And Admit Mentally-Challenged Friend To Hospital In Odisha 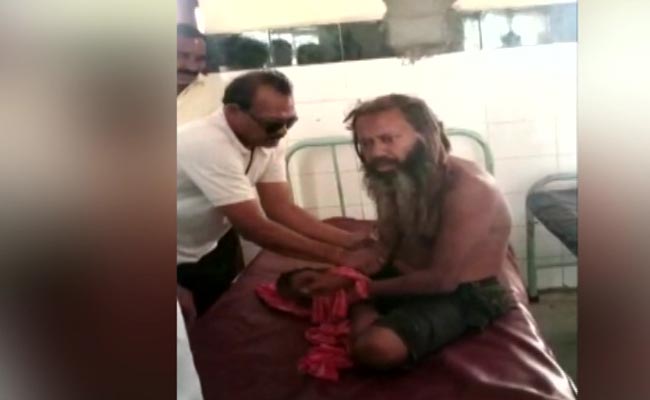 Cuttack: The world is full of many glad tidings which go on to become a source of inspiration. In one such incident that proves that true friendship still exist in this materialistic world, a group of people came to the rescue of their mentally challenged friend.

The incident has been reported from the land of the Lord Jagannath in Puri. According to reports, batchmates of one Srijit Padhi came to his rescue when he was wandering on the streets of the pilgrim town. Notably, Padhi is highly qualified and had completed his post graduation in Economics from the premier Ravenshaw College (Now University) in 1989.

The 53-year-old Padhi has also cleared the written examination of Odisha Administrative Services (OAS) twice, but failed to clear the viva voce. It is said that after being unable to bear the failure, he lost his mental stability.

However, Padhi’s friends came to his rescue after they came to know about his plight from several media reports. Later, they initiated steps to admit him to the psychiatric ward of the SCB Medical College and Hospital in Cuttack.

“He (Padhi) was brilliant but failed to crack the OAS exam despite clearing the written exam twice. However, things took an ugly turn after the death of his father. From media, we came to know about his condition and today we admitted him to the hospital in Cuttack,” said LN Panda, Padhi’s friend.

Panda further informed that a couple of years back, Padhi was undergoing treatment at SCB but there is no information why the treatment was discontinued.

“On the request of some people who are the friends of the patient, we admitted him at the hospital today. All the medical tests will be conducted and we hope that his condition can improve within a month,” said Sharada Prasanna Swain, a doctor at SCB.

Swain further informed that the patient will be handed over to the family members if they express desire to take him or else we will initiate measures for his rehabilitation.

“The patient was undergoing treatment at the hospital some 7 years back but no records are available after that,” Swain added.