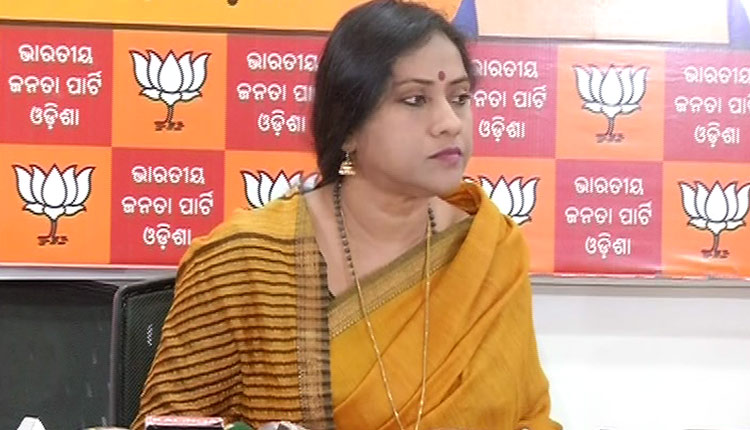 Bhubaneswar: Amid the allegations of discrepancies in paddy procurement in the State, Odisha BJP on Monday alleged that the ruling-BJD has failed to utilise Central funds entitled for the development of mandis.

“Centre has sanctioned thousands of crores of rupees for the development of mandi infrastructure in the State, but the funds are lying unused,” alleged Odisha BJP spokesperson Lekhashree Samantsinghar.

Hitting back at the ruling-BJD for slamming the Centre over paddy procurement, she further demanded opening of mandis and procurement of paddy across the State.

Earlier, targetting the Centre over its decision to procure only 50% of the Parboiled rice this Kharif season, Biju Janata Dal (BJD) MLA, Rohit Pujari on Monday accused the BJP of shedding crocodile tears over farmer issues.

Addressing a press conference in Bhubaneswar, Pujari said, “Out of the 55 Lakh MT parboiled rice produced in Odisha till now, we will keep 24 Lakh MT for the State’s consumption. The Centre has offered to procure only 50%, i.e 15 Lakh MT out of the remaining 31 Lakh MT rice. This decision will put an additional burden of Rs 10,000 Crore on Odisha.”

“Odisha State Civil Supply Corporation, which acts as a procurement agency for the Central government and helps the State get advance subsidy from the Centre, has not received the cut for 2020 Kharif season yet,” added Pujari

“It is unfortunate that at a time when we have already paid Rs 6550 crore to the farmers in Odisha for their produce, the State government is yet to get the paddy subsidy to the tune of Rs 2850 crore from the centre which it should ideally have provided us before September 2020,” said Pujari

Earlier, the Leader of Opposition Pradipta Kumar Naik, had said that farmers of five Parliamentary Constituencies are gearing up to gherao the RDC office at Sambalpur on January 21, 2021 over discrepancies in paddy procurement.