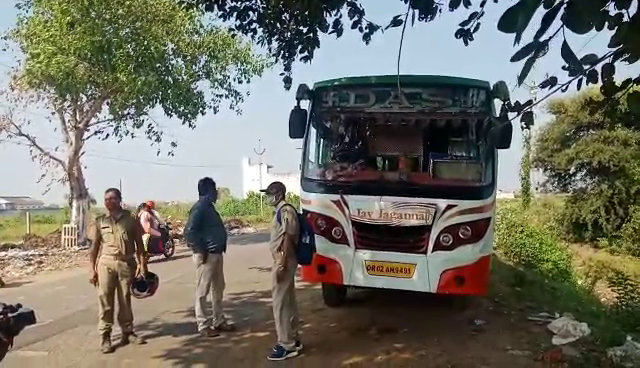 Bhubaneswar: A passenger bus which was stolen from Baramunda bus stand late on Saturday night here was traced in Berhampur on Sunday, police informed.

Badabazar police in Berhampur today identified the vehicle and took custody of it. However, the looter is absconding the cops have launched a manhunt to nab the miscreant.

“I found the bus missing in the morning. I thought that the bus staff might have taken it to the garage. But, later it came to my notice that bus has been stolen. So, I lodged a complaint at Khandagiri police station,” Das said.

“One of my friends spotted the vehicle parked at a place near Badabazar in Berhampur. He informed me immediately over phone following which I alerted the Khandagiri police who passed the information to their counterparts in Berhampur. Now, it is in the custody of police,” he added.

Earlier in August this year, a man had stolen a passenger bus in a similar manner from the same bus stand in the Capital city and fled away to Cuttack but police managed to intercept the vehicle and nabbed him. Later, police had confirmed that the man was deaf, dump and mentally unstable.

The man had taken away the vehicle after the driver had forgotten to take out the keys.

Usually, he steals buses and later abandons them at isolated places. He had committed a similar offence few years back when he had stolen a bus from Badambadi area in Cuttack, police had said.

Ranbir Kapoor, Alia Bhatt Celebrate Diwali Together At Her Home