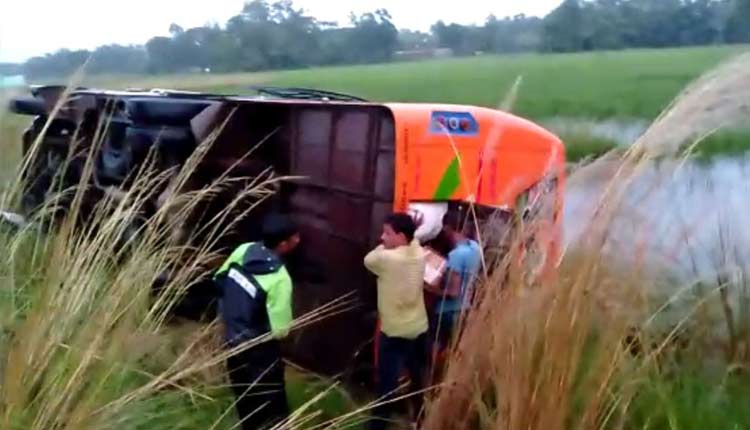 Kendrapara: More than 20 passengers were reportedly injured after a private bus in which they were travelling in overturned here on Thursday.

The mishap occurred near Jamdhar Chhak of Cuttack-Chandbali road at around 5 pm today.

According to initial reports, the bus named Pawan Kumar was on its way to Kendrapara from Cuttack at when a scooter came in front of it. The driver of the bus lost control over the wheels while trying to avoid a collision with the scooter rider. Subsequently, the bus overturned along the road.

Sources said about 30 passengers were travelling in the bus. The exact number of injured persons have not been ascertained yet. All the injured have been shifted to the district headquarters hospital for treatment.