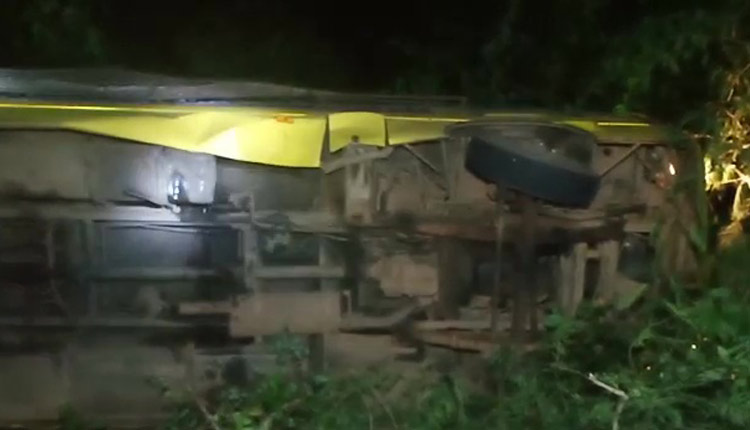 Gajapati: At least 25 students were injured after the bus they were travelling in overturned in Gajapati district on Thursday.

According to sources, the bus carrying OJEE aspirants from Ramgiri, Udaygiri and Jiranga areas of Gajapati was on its way to Khordha. The ill-fated vehicle overturned after the driver lost control over the vehicle while taking a U-turn near Taptapani ghat.

Nearly 25 students on their way to appear for OJEE injured after bus overturns near Taptapani Ghat in Gajapati distirct; the bus carrying students from Gajapati district was on its way to Khordha

On being informed, fire services personnel and police rushed to the spot and rescued the students.

“About 45 OJEE aspirants were on board the bus. Some students suffered minor injuries and they were shifted to Digapahandi hospital,” said a police official.