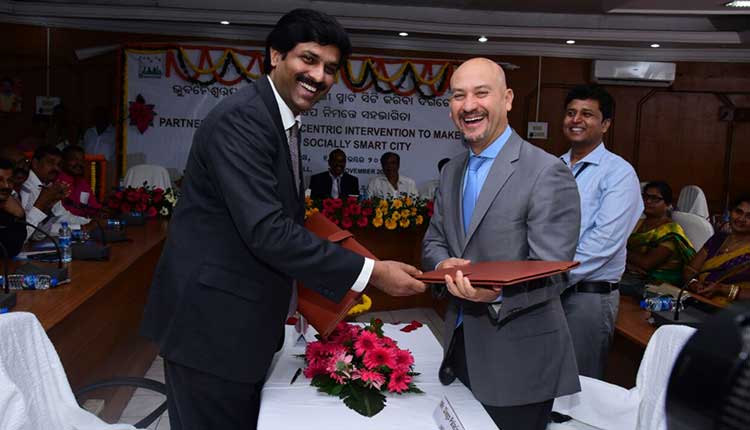 Bhubaneswar: Amid spike in coronavirus cases, the Odisha government on Thursday appointed a bureaucrat the officer on special duty (OSD) to the Chief Minister’s Office for effective management of the COVID-19 situation in the state.

Vineel Krishna, a 2005-batch IAS officer and managing director of the Odisha Mining Corporation, will monitor the COVID-19 situation from the CMO, in addition to his other responsibilities, an official order issued here said.

Earlier, he was posted as the joint secretary in the department of water resources.

Among others, Subhranshu Mishra, who was the sub-collector of Cuttack district, has been assigned the deputy secretary’s post at the Chief Minister’s Office (CMO).

More than 3,000 COVID-19 cases have been reported in the state, and 23 people have died due to the disease during the first week of July.

Chief Minister Naveen Patnaik’s home district, Ganjam, has been severely hit with more than 200 cases recorded every day for the past four days.

The situation is also grim in state capital Bhubaneswar, where 557 people have tested positive for the disease and seven have died.

What has come across as a major problem in Bhubaneswar is that the cases have been largely reported from localities and not quarantine centres, as has been the scenario in most other places.

“At least 18 of the 32 people diagnosed with the disease on Thursday are from localities,” an official said.

The number of active cases in the state currently stands at 4,128, while 7,006 people have recovered so far. A total of 52 people have succumbed to the disease.

Meanwhile, All India Institute of Medical Sciences (AIIMS) Bhubaneswar on Thursday announced that it would close its outpatient department (OPD) from July 10 until further orders.

“As some of our employees and patients have tested positive for COVID-19, we will close the OPD. This apart, some employees live in containment zones. Given the shortage of staffers at this point in time, we have decided to close the walk-in OPD services until further notice,”AIIMS, Bhubaneswar, Director Gitanjali Batmanabane said in a video message.

She, however, maintained that patients can contact doctors through the state’s telemedicine helpline service.