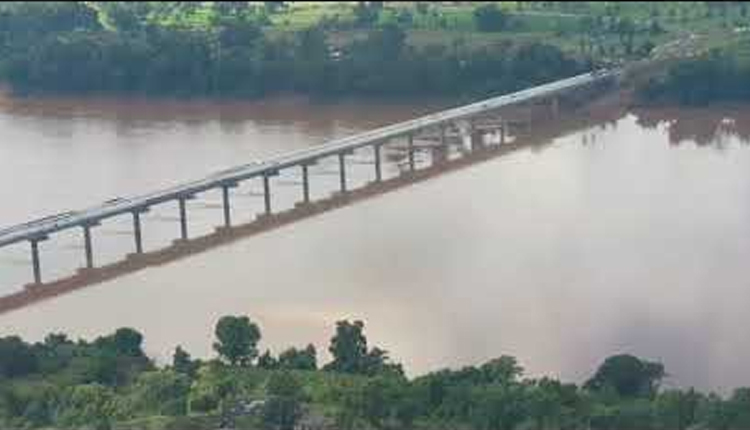 Nabarangpur: Delight knows no bounds for people of the tribal-dominated district after Odisha government announced to construct a high-level bridge on Indravati river in order to provide a much awaited connectivity between Nabarangpur and Rayagada.

As per government declaration, plans are afoot to construct a 720 metre-long bridge on Indravati. The project is likely to cost around Rs 150 crore and will be made available under the fifteenth finance commission grants for the State.

It is learnt that the State PW department had made a proposal for the project on 20 may 2020.

The proposed bridge will connect Kenduguda of Rayagada district and Kashipur area of Rayagada. This apart, a 6 km-long approach road is also on the cards for the project.

It will reduce the distance between Nabarangpur and Rayagada by around 60 kms.

Locals, intellectuals and the administration have expressed optimism that the new project will help usher socio-economic and cultural developments in both the districts.

Local residents of Nabarangpur are elated over the proposed bridge and have urged the government to commence the construction of the bridge soon.

Santosh Sarangi, a local resident of Nandahandi block narrates how people of the district have no other option but to travel by road all the way through Koraput in case of any journey from Nabarangpur to Rayagada. He however hopes that this proposed project will change it all.

But only if the project is completed in the due time, it will be a milestone for the government, he adds.

Manas Ranjan Das, another local resident also hailed the announcement of the project by the government.

Prafulla Mishra, Executive Engineer of PW division in the district said the new project will be a new lifeline for people of more than 40 villages living on the Nabarangpur side of the Indravati dam.