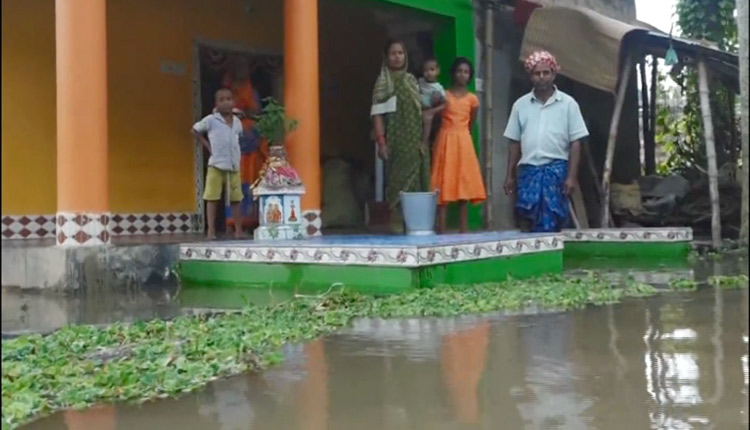 Cuttack: A usual weekend suddenly turned scary for hundreds of villagers in Barimunda under Niali block of the district as they had to spend a sleepless night on Sunday after a breach on the northern side of the nearby Kakatpur branch canal here triggered flash flood in the region.

Till last reports were filed, there was hardly any change in the situation as despite deployment of JCBs by the Water Resources Department to plug the breach by filling sand bags, the rush of water into the village could not be stopped completely.

The breach was reported at around 7 PM yesterday, and within moments, floodwater entered many houses forcing people to shift to higher and safer places, walking through the streets flooded with knee-deep water. The residents had a harrowing time protecting their belongings and cattle. Paddy crops in large tracts of land have also been submerged in the flash flood.

Receiving information, the officials of Water Resources department rushed to the village at around 9 PM and engaged two JCBs to repair the breach but in vain. Later, sandbags were filled in which initially helped prevent the water flow for some hours, but it started leaking again in the early hours today making the overall situation grim. 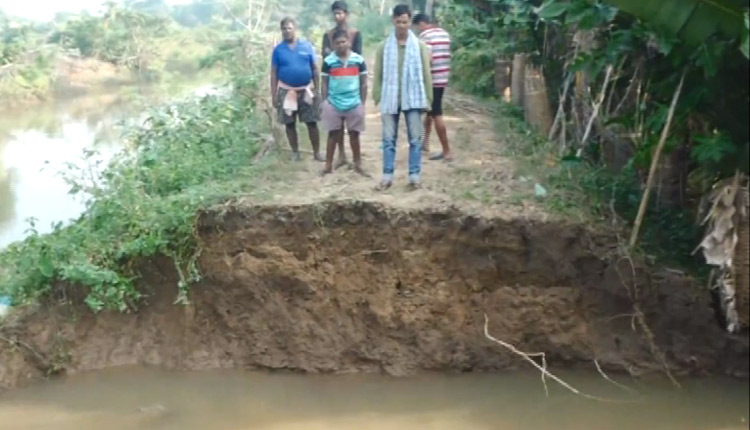 “Ten days back, we had lodged a complaint with the concerned authorities regarding the depleting condition of the canal and requested them to repair it but our appeals went unheard. Now, more than 150 villagers are stranded and the cattle are facing difficulty due to the floodwater,” alleged a villager of Barimunda.

The reason behind the breach could not be ascertained as yet, the concerned officials said, adding that an investigation will be carried out to find the exact cause which led to the leakage in the canal.

Speaking to OTV, an official of the Water Resources Department informed that the flow of water has been stopped in the upper stream of the canal and rush of water into the village has also reduced in comparison to the flow last night. However, the repair of breach is underway and would be completed as soon as possible, assured the official.