Bombs Hurled In Puri Village Over Distribution Of Fishing Exploits 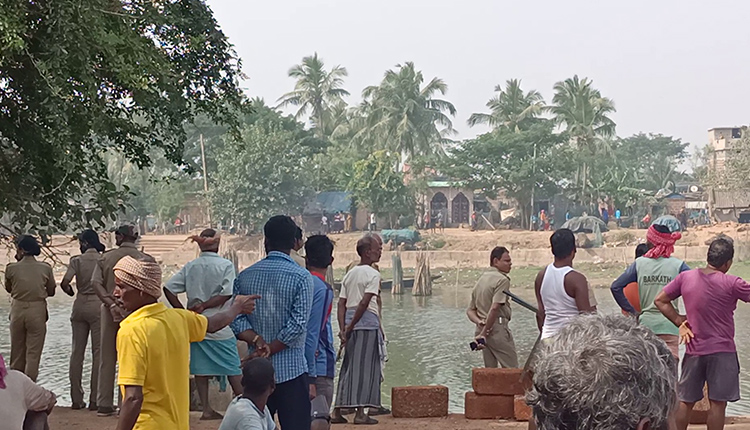 Puri: At least two persons were injured after crude bombs were hurled in a clash between locals of two villages in Kanas block over a dispute on fishing in Daya river on Sunday.

As per reports, some locals from Jagulaipadar and Naikulapatna villages under Gadishagada police limits carried on their daily fishing activities in the nearby Daya river but on Sunday, a disagreement broke between them over sharing of the exploits.

The difference gave way to resentment and finally emotions took better of some of the villagers who hurled crude bombs at the other group injuring two of them in the process.

The injured have been rushed to the nearby Kanas Hospital where they are under treatment.
The palpable tension between two villages forced the Inspector-in-Charge of Gadishagada to deploy a platoon of police force in the villages to check any untoward incident.