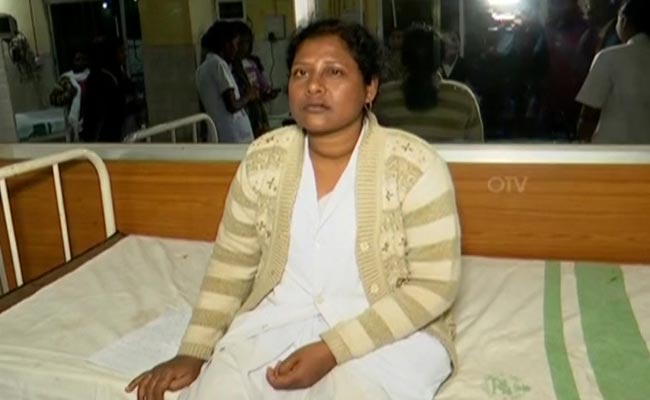 Bolangir: The nurses of Bhima Bhoi Medical College and Hospital in Bolangir have called for cease work strike today protesting the attack on a colleague by the relatives of a patient on Thursday night.

As per reports, the victim nurse identified as Pratima Pradhan was on duty at the female medicine ward last night when two men along with a patient reached the ward and asked the nurse to provide a bed.

“The patient was referred to the female medicine ward from orthopaedics department. They asked me to immediately call a doctor and provide a bed. As there were no doctors around, I told them to wait for some time. But they started screaming and began recording a video on their mobile phone,” stated Pradhan.

When Pradhan asked them to stop recording the video and tried to take away the mobile phone, the two persons allegedly manhandled and thrashed her. She has sustained injuries on her face and left eye.

“They thrashed me on my face. I want justice and they should be arrested at the earliest. This is not the first such case, one of our staff was beaten up by the attendants of a patient a few months back following which we had resorted to strike. We cannot work here like this, we are not safe,” alleged the nurse.

Pradhan later lodged an FIR in this regard at the police outpost inside the premises of the hospital.

“Our life is not secured and we will not work unless we are assured that this type of attack will not happen again,” threatened a staff nurse of Bhima Bhoi Medical College and Hospital.

Superintendent of the hospital, Mahendra Kumar Nayak informed, “We have a shortage of security personnel in the hospital and the higher ups have been informed about it. The incident is saddening and unfortunate. After getting information about the incident, Bolangir Town Police Station IIC had come to the hospital and assured an investigation in connection with the attack.”