Bhubaneswar: Emphasising the importance of industrialisation for development, Union Minister Dharmendra Pradhan on Monday urged noted industrialist and Chairman of Tata Trusts, Ratan Tata to impress upon Odisha Chief Minister to end the two-week long impasse at the Indian Metals & Ferro Alloys (IMFA) plant at Therubali, Rayagada. The sponsored protests that are being carried […]

Airlines to reimburse up to 75% of ticket cost to flyers if downgraded involuntarily: DGCA

The sponsored protests that are being carried out at IMFA plant will certainly affect the industrialisation and dissuade investors to set up their plants in the State, said Pradhan in a series of Tweets.

"The stand-off at Therubali has resulted in a lock-out in plant & has arisen out of State vendetta & misperceived short term gains.This shall send negative signals to industrialisation process & investor climate in the State apart from fomenting Left Wing extremism in Rayagada."

Citing examples of similar protests where the Tata Motors was forced to quit Singur in 2008 while trying to acquire land for the flagship Nano manufacturing plant, Pradhan said that such kind of agitation will certainly create a negative environment in Odisha.

The IMFA plant was established by the visionary Odia industrialist Dr Banshidhar Panda in 1961 and more than 1500 locals are directly dependent for their livelihood on this plant.

The production at the plant has been hit following the protests led by some vested interest groups for the past two weeks. The families of workers are now living in a state of panic following the unrest outside the plant.

Chairman of Tata groups, Ratan Tata is now in Odisha and his company signed an MoU with Odisha government for a state-of-the-art cancer treatment and research hospital in Bhubaneswar yesterday.

The MoU between Tatas and Odisha government envisages a model to provide better cancer treatment to the people of the State.

"Shri @RNTata2000 is the doyen of industrialisation in India and his presence in the State shall boost the morale of the industrialists and entrepreneurs when Odisha is looking forward to massive investments in future," tweeted Pradhan.

Welcoming the gesture of the Union Minister of making an appeal to Ratan Tata for intervening to end the deadlock at IMFA plant as such protests are affecting the social and economic environment of the State, office of MP Jay Panda also thanked Pradhan and stated, "We hope Shri @RNTata2000 will take the lead to get normalcy back to the lives of thousands of people associated with the plant. Shutting down hospitals, schools and the plant is affecting the social & economic environment of the state. @CMO_Odisha . We appreciate @dpradhanbjp."

Meanwhile, protests in front of IMFA's plant at Therubali in Rayagada district entered its 15th day today. It is alleged that the district administration has turned a blind eye to the whole issue and no efforts have been made since the last meeting on April 30.

"Till now we have not received any communication from the district administration on our demands. There is resentment among public," said Jitu Jakasika, a protestor.

"The plant has been closed since the past 15 days. Around 1500 people have been affected. I would like to appeal the district administration to resolve the issue," said Vice President of IMFA, DK Mohanty.

On the other hand, the stalemate has drawn sharp criticism from the business fraternity.

Similarly, UCCI director general, Rajen Padhi, said "Such kind of protests are not acceptable as once productivity cycle is hampered, it will have a negative impact on profitability and affect the workers who will not get their salaries and wages."

Rajib Sahu, former president TiE, said "It is the responsibility of State government to protect industries and help them function smoothly. Without wasting any time, immediate steps should be taken to support industrialisation process." 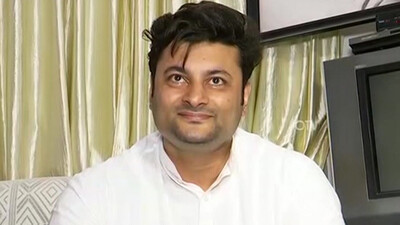