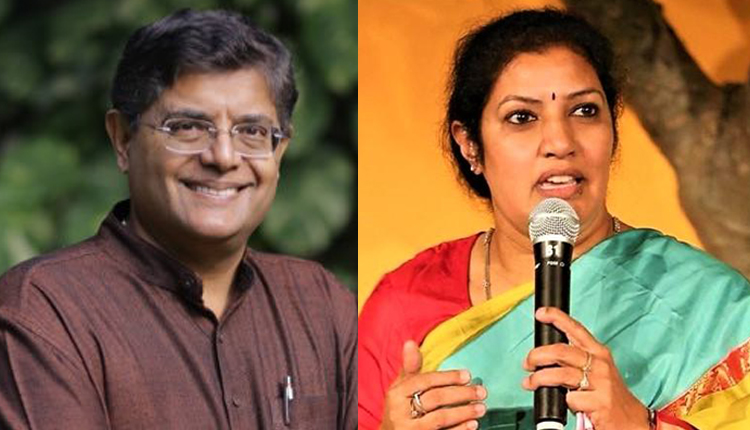 New Delhi: National Vice president of Bharatiya Janata Party (BJP) Baijayant Panda has been appointed the State in-charge for Delhi and Assam as the party on Friday released the list of in-charges for all States.

National spokesperson and party’s candidate from Puri Lok Sabha constituency Sambit Patra has been entrusted with the charge of Manipur while D. Purandeswari  will be in charge of Odisha as well as Chhattisgarh. Similarly Vijaypal Singh Tomar has been named as the co in-charge for Odisha.

Newly appointed general secretary C T Ravi has been made in charge of Tamil Nadu, another poll going State as well as the crucial state of Maharashtra and Goa.

Another party general secretary Tarun Chugh who was earlier co-incharge of the Delhi, will now look after the party’s work in Jammu and Kashmir, Ladakh and Telangana.

Party’s general secretary Dushyant Gautam has been made the in-charge of Punjab, Chandigarh and Uttarakhand and Dilip Sakia of Jharkhand, Arunachal Pradesh.

The party has made its Union Minister V Muralidharan, in-charge of Andhra Pradesh along with Sunil Deodhar as co-incharge.

Party’s national secretaries Satya Kumar, who is also co-incharge of Uttar Pradesh has been made incharge of Andaman and Nicobar, Vinod Tawde of Haryana.

Another Low Pressure Over Bay Of Bengal In 48 Hours; Rain, Fog Alert For Odisha