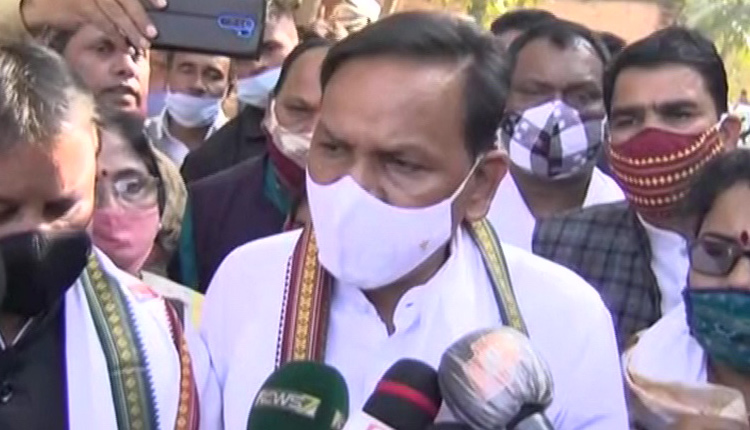 Nayagarh: A delegation of Bharatiya Janata Party (BJP) on Monday met the parents of Pari who was allegedly kidnapped and murdered four months back at Jadupur village in Nayagarh district.

After meeting the family, the BJP reiterated its demand to hand over the investigation to the CBI and the removal of Minister Arun Sahoo who have been named in the alleged murder case by the parents of Pari.

“The family is really scared of the local criminals who have been threatening them with dire consequences. It is the duty of the government to provide security to the family,” said Pradipta Naik.

“Naveen Patnaik has been elected as the CM of Odisha for fifth consecutive term. If he fails to provide safety for the family of Pari then we will be forced to hit the street to intensify our stir,” said Naik.

Naik went on to say that the case has taken a completely different turn. “The police should direct the investigation towards organ smuggling and Babuli Nayak should be quizzed in this connection,” he said.

“The body did not rot despite being out of the water for 10 days. It indicates that some chemicals were applied to the body to prevent foul smell,” alleged Naik.

Ashok Sahu, the father of Pari said, “The miscreants had beaten us many times and pushed us out of our house. They had beaten us in the medical too. We are now staying at our in-laws’ house.”

“Though we are scared of our lives, we will continue to fight for our little girl,” said Sahu.

Similarly, Pari’s mother who has been running from pillar to post for justice of her deceased daughter said, “We are afraid of Babuli Nayak, who has been receiving protection from Minister Arun Sahoo. So we need the CBI to probe the murder of my daughter.”

“If there was no involvement of the Minister in the crime, then he should not worry about the CBI probe,” added Pari’s mother.