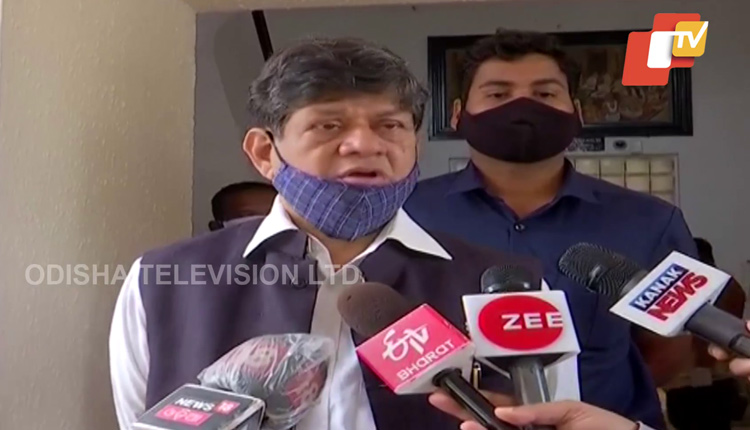 Bhubaneswar: BJD vice-president and Khandapada MLA Soumyaranjan Patnaik today stoked a huge controversy on Friday by terming the alleged case of abduction and murder of Pari, a five-year-old girl at Jadupur village in Nayagarh district, a ‘minor incident’.

“Taking into the consideration into the demand of the opposition parties, Chief Minister Naveen Patnaik ordered a SIT probe into the incident. The SIT probe will find out the exact people involved,” Soumya said while speaking to media persons in the premises of Odisha Assembly here.

Reacting to the questions on the alleged complicity of a cabinet minister (Arun Sahoo) in the case, Patnaik said, “How do you know that a Cabinet Minister is involved in the matter? This is a minor incident, police is investigating the murder angle of it and is yet to issue a formal statement in this regard. There is absolutely no reason for the Opposition parties to stall the Assembly proceedings.”

“The little girl lost her life even before understanding it and her family is completely devastated. What more does MLA Soumya Patnaik think would have happened to the girl to make it a big case,” said Lekha Samantasinghar.

On the other hand, the Opposition parties created uproarious scenes in the Odisha Assembly for the third consecutive day on Friday while remaining steadfast in their demands for resignation of Agriculture Minister Arun Sahoo over allegedly shielding the main accused in the kidnapping and murder case of Pari.

Though the Chief Minister Naveen Patnaik ordered a probe by a Special Investigation Team (SIT) into the sensational case, BJP members demanded investigation by Central Bureau of Investigation (CBI).

“We were not demanding SIT probe. Instead, we have been urging for CBI investigation. The child was killed for her organs and these people are involved in the murder. We want a fair and free investigation by the CBI and the ouster of the Minister (Arun Sahoo),” demanded Leader of opposition in State Assembly Pradipta Nayak.