BJD Fights To Remain In Hearts Of 4.5 Crore Odias: CM Naveen After Being Re-Elected Party Chief 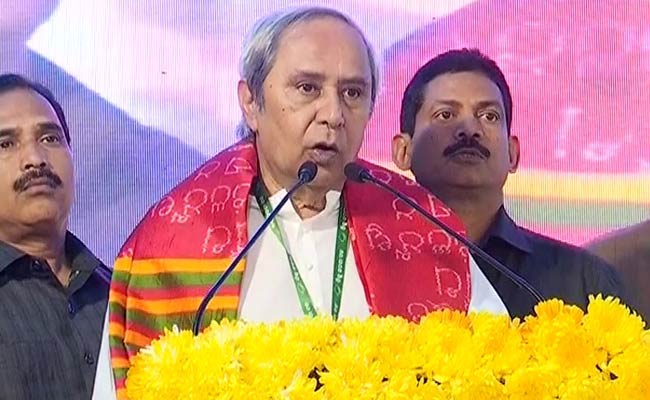 Bhubaneswar: BJD doesn’t fight election to win, it fights to win the love of 4.5 crore Odias, Odisha Chief Minister Naveen Patnaik said on Wednesday after being re-elected as the president of the ruling Biju Janata Dal (BJD) for the eighth consecutive term.

Returning officer of the ruling party Pratap Dev announced Patnaik’s name as the party president during a gathering here.

The state council meeting of the BJD was held at the party headquarters in Bhubaneswar during which out of the 355 council members, 80 were elected as state executive members.

Speaking to the media, Pratap Dev said, “80 members of the state council had filed their nomination to get into the state executive body who were elected today unopposed. Similarly, only one nomination was filed for the position of president in BJD by CM Naveen Patnaik. He was elected unopposed too.”

Senior BJD leader Devi Mishra termed the re-election of Naveen Patnaik ‘very good news’. “There are many challenges for Odisha which we will try to overcome with the abled leadership of Naveen babu.”

Similarly, former MP and BJD leader Kalikesh Narayan Singhdeo expressed his happiness on Naveen’s re-election and said, “We are obliged to work for the state of Odisha under his leadership.”

Earlier, BJD had declared the names of 33 organizational district presidents.

Naveen Patnaik has been ruling the state as Chief Minister for the fifth consecutive time. He has been in power in Odisha since 2000.