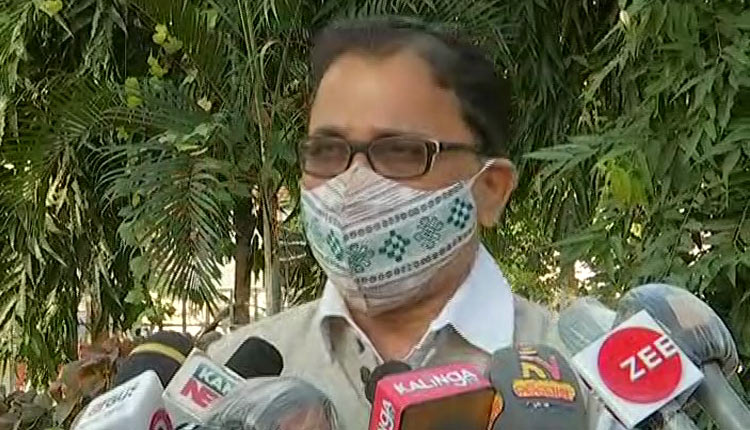 Bhubaneswar: Days after Gopalpur MLA Pradeep Panigrahi questioned the Biju Janata Dal (BJD) about what exactly the ‘anti-people activities’ he was involved in for which he was sacked from the primary membership of the party, the BJD on Tuesday claimed that the action was taken against him for his involvement in corruption.

Giving a vivid account of the charges levelled against the legislator, BJD spokesperson Lenin Mohanty launched a scathing attack on the expelled leader and said, “When the Covid-19 situation the whole Odisha was fighting the pandemic and many Covid warriors were losing their lives, Panigrahi was busy in merry-making.”

“Panigrahi travelled in chartered aircraft to Pune, Delhi, Mumbai and other places and spent money lavishly. He spent Rs 84 lakh for stay in Taj Hotel and other tour expenses and now he is asking what anti-people activities he was indulged in,” Mohanty said.

Despite being a people’s representative, he was enjoying in Mumbai, Pune and other places when the Covid-19 situation was worsening in Ganjam, Mohanty alleged.

“Time has come for him to explain why he was spending the huge cash earned fraudulently by his would-be son-in-law Akash Pathak,” he added.

Mohanty further alleged that Panigrahi apart from being involved in land fraud, has also duped 68 persons on the pretext of providing jobs through his would-be son-in-law Askah and his father, IFS officer Abhay Kant Pathak.

“Panigrahi flew in chartered flights 18 times during Covid-19 lockdown. He should clarify whether the money he spent belonged to the public or not. There are allegations that money was fraudulently taken from 68 persons on promise of jobs. The investigation is on and if the allegations are found to be true, he should himself say why his acts shall not be deemed as anti-people activities,” questioned BJD spokesperson Pratap Deb.

Reacting to the allegations of travelling in charter flight and spending money, Panigrahi has however said, “With permission of the DGCA and airport authority, we attended a social function at Pune.”