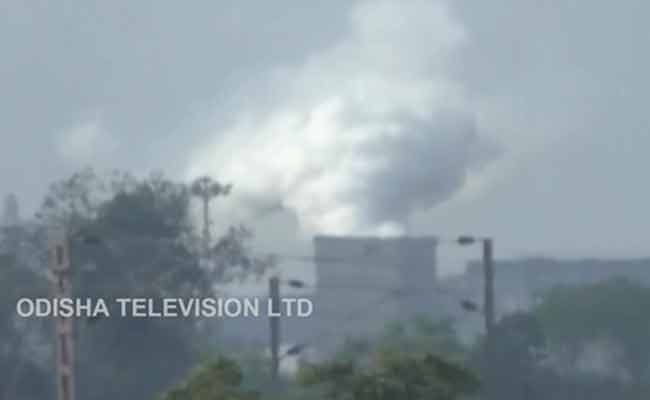 Jajpur: The deterioration of air quality in Kalinganagar area has taken a serious toll on the health of local residents who have now demanded to declare the industrial region as a critical pollution zone.

According to a survey report of Greenpeace India, Kalinganagar is in the top-100 polluted cities of the country. There are a number of factors responsible for deteriorating air quality here, the major being the harmful emission from the 12-odd small and large scale industries.

The threat is not restricted to human health only as farmers have also alleged that they are witnessing extensive crop damage due to discharge of wastewater from these industries.

The locals are apprehensive over possibility of deterioration in the situation in future and have appealed Odisha government to take steps on war footing to reduce the menace.

“Kalinganagar’s air pollution level has sharply spiked due to emission from factories. It is more disturbing as the government has not taken any step to control the menace,” alleged Narayan Prasad Pati, a local.

Expressing similar views, another local Soumyajit Prithviraj said, “Discharge of wastewater from the factories have damaged crops. There should be effective wastewater treatment and factories should use purifiers before releasing waste. Unfortunate to see the farmers fighting the menace.”

While demands to declare Kalinganagar as a critical pollution zone has grown louder, reportedly a team has been formed by the State Pollution Control Board (SPCB) to find ways to decrease the pollution level in the region. Sources also claimed that action is being taken as per daily findings.

However, a few locals alleged that industries violating the norms causing pollution are not implementing the rectification measures.

“The Board only issues show-cause notice to industrialists but so far no action has been taken. The local residents are battling severe health consequences, and are fighting diseases related to pollution,” opined environmentalist Ashwini Kumar Dhal.

On the other hand, Pollution Control Officer of Kalinganagar, Pramod Kumar said that the rectification measures have been implemented by the industries who were served notice and a report was also tabled before the Board. “With implementation of the action plan prepared by the government to combat air pollution, I hope air quality index will decline by some extent. We had issued show-cause notice to 5-6 industries in Kalinganagar. Based on the rectification measures we had suggested, they made changes and also submitted a report in this regard. We have verified that report,” said Behera.