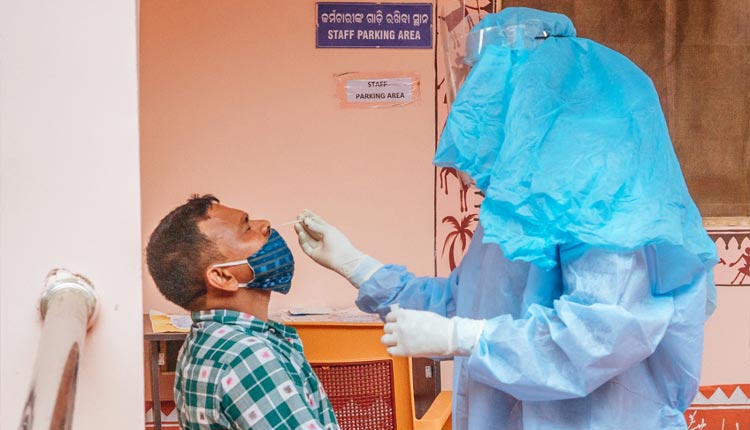 Bhubaneswar: The number of local contact cases continued to rise under Bhubaneswar Municipal Corporation (BMC) with the city registering a record 99 cases on Friday.

According to the information shared by the civic body, the capital city witnessed 247 new infections in the last 24 hours of which 99 are local contact cases.

Further contact tracing is still continuing.
Primary contacts & nearby houses are being quarantined, sanitised & will be under active surveillance. pic.twitter.com/kyQa6JpLJy

While four deaths were reported from Ganjam, three deaths from Puri district and one each from Cuttack, Sambalpur and Sundergarh, respectively.

Earlier the civic body had informed that everyday 2,000 to 2,500 tests are being conducted in its jurisdiction and the testing will be scaled up further in coming days. Accordingly, the number of positive cases is also likely to increase.

“More than  85% of positive cases detected are found to asymptomatic,” it had said.